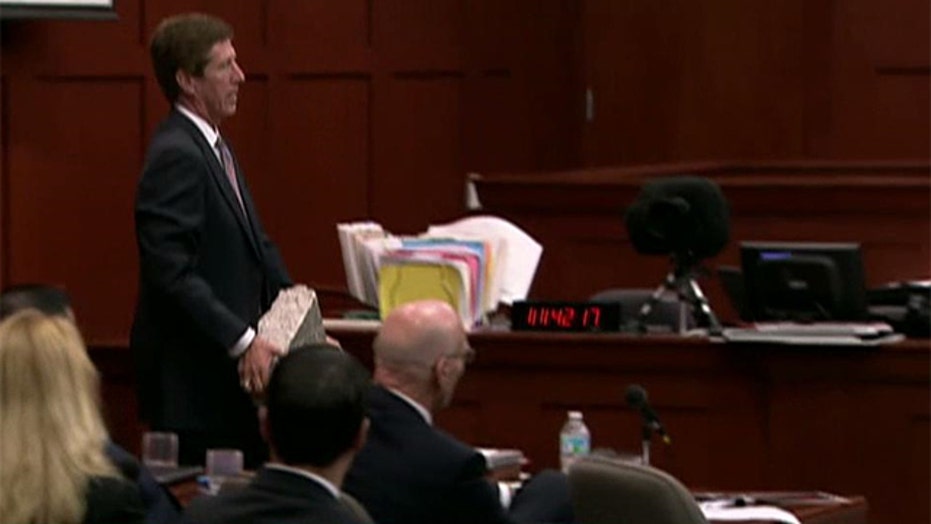 Defense argues Zimmerman was protecting himself

The six female jurors in the high-profile murder trial of George Zimmerman have just three verdict options once they receive the case: guilty of second-degree murder, guilty of manslaughter or not guilty.

Zimmerman, 29, has pleaded not guilty to second-murder in the death of Trayvon Martin on Feb. 26, 2012. The neighborhood watch volunteer claims he fired his Kel Tech 9mm in self-defense after Martin punched him and began slamming his head into the pavement. Prosecutors have disputed that account, portraying Zimmerman as the aggressor and someone who repeatedly lied about the confrontation.

Judge Debra Nelson ruled Thursday to also allow jurors to consider manslaughter in the case despite objections by Zimmerman’s attorneys.

Zimmerman attorney Don West had argued an all-or-nothing strategy, saying the only charge that should be put before the jury is second-degree murder.

"The state has charged him with second-degree murder,” West said. “They should be required to prove it. If they had wanted to charge him with manslaughter ... they could do that."

Allowing jurors to consider manslaughter could give those who aren't convinced the shooting amounted to murder a way to hold Zimmerman responsible for Martin’s death, said David Hill, an Orlando defense attorney with no connection to the case.

"From the jury's point of view, if they don't like the second-degree murder — and I can see why they don't like it — he doesn't want to give them any options to convict on lesser charges," Hill said of Zimmerman defense attorney Don West

It's standard for prosecutors in Florida murder cases to ask that the jury be allowed to consider lesser charges that were not actually brought against the defendant — and it's not unusual for judges to grant such requests.