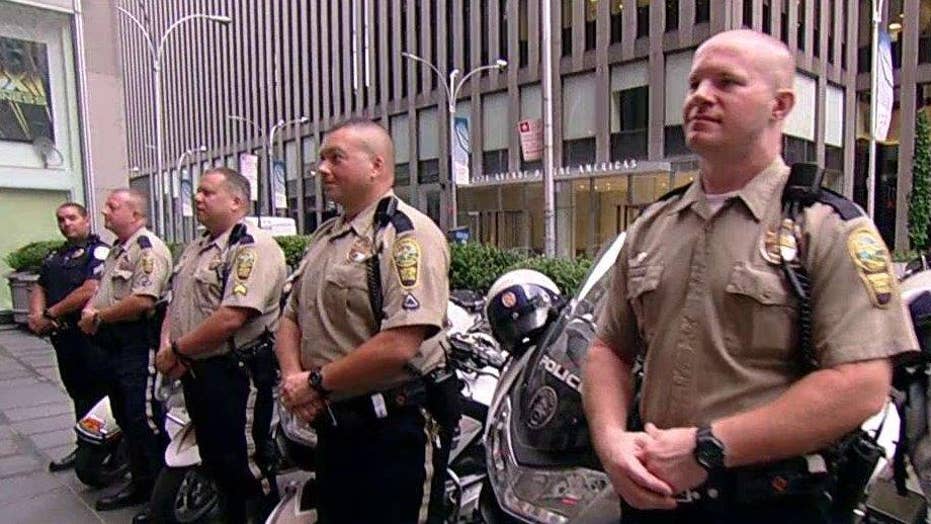 More than 2,000 motorcycles arrived Sunday in New York City in what organizers called their last ride honoring victims of the September 11 terrorist attacks and raising money for first responders.

Honored to ride in the last 9-11 Foundation Ride through Leesburg . Never Forget.https://t.co/5LMiYtnoXC pic.twitter.com/iYstTNbeGT

The America's 9/11 Ride began Friday morning at the Flight 93 crash site near Shanksville, Pennsylvania, and continued through Cumberland and Hagerstown, Maryland, before heading south through Leesburg, Virginia, to a hotel near the Pentagon.

The ride continued Saturday from the Pentagon to the Sept. 11 memorial in New York City.

Organizer Ted Sjurseth told "Fox & Friends" the 16th annual ride would be the last, partly because he's tired of battling Maryland and Virginia state police and highway agencies over their reluctance to block traffic for the motorcycle procession. "If I'm trying to honor first responders, I can't turn around and tell them that I'm going to do something against what you're asking me to do."

The group has given away more than $300,000 in college scholarships and more than $500,000 in equipment to first responders across the U.S. and Canada, Sjurseth said.