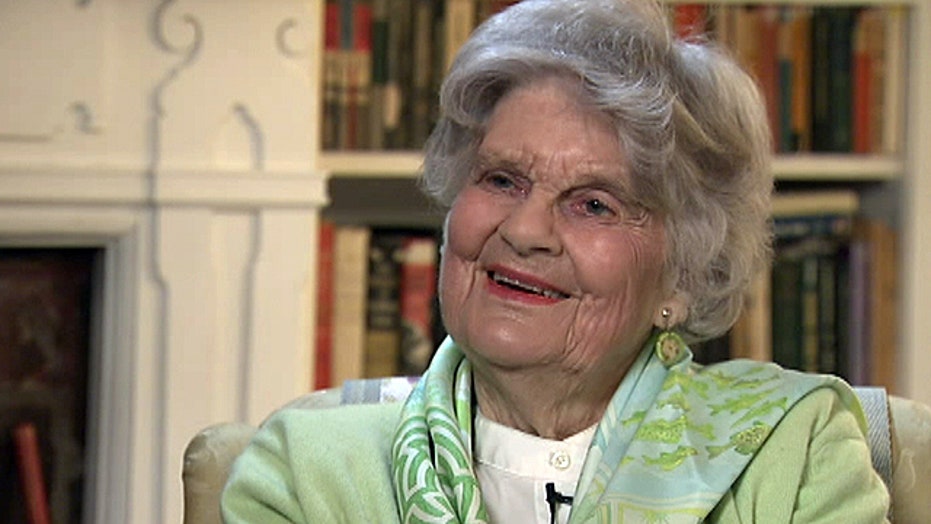 The woman who knew both JFK and Lee Harvey Oswald

President John F. Kennedy called heads of state, movie stars and business titans his friends, but his assassin, loner Lee Harvey Oswald, had few acquaintances. Priscilla Johnson McMillan is likely the only person alive to have known both men.

Now an elegant and spry 85, McMillan was a Harvard researcher who worked for the future 35th president when he was a senator, advising Kennedy on Asia. She later took a post at the U.S. Embassy in Moscow and then became a newspaper reporter there, and came face-to-face with Oswald on Nov. 16, 1959.

"There's a defector staying in your hotel, he won't speak to any of us but he might speak to you because you're a woman," an embassy official told her.

Oswald, a former U.S. Marine, was seeking to renounce his American citizenship and move to the Soviet Union. He agreed to be interviewed by McMillan, who wrote for the North American News Alliance, and they spent six hours talking in her third floor room at Moscow's Metropol hotel.

"I was sorry for him because he seemed lost and as if he really didn't know what to do," recalled McMillan, who in the decades since, has often reflected on the odd accident of history that put her in the nexus of the events 50 years ago that reverberate to this day.

The man who would shake the free world in just four years "looked like a college boy,” she said. “He had just had his 20th birthday but he looked as though he was in his late teens, and his manner was that, rather tentative, rather shy, not bombastic at all and not seeking to make a big impression."

The image is in sharp contrast to Kennedy, the dashing and charismatic war hero who would become president at just age 43. McMillan, who remained friends with Kennedy until his presidency remembers him for his inquisitive nature, and has speculated on how he might react to his own killer.

McMillan’s chance meeting with Oswald and longtime friendship with Kennedy turned into something of a mission after the assassination in Dallas. She befriended Oswald's widow, Marina Porter, eventually moving to Texas to live with her and write the book, "Marina and Lee, The Tormented Love and Fatal Obsession Behind Lee Harvey Oswald's Assassination of John F. Kennedy."

The book details the Oswald's troubled life and marriage, and gives an inside view of the personal events leading up to the assassination. First published in 1977, it has now been reissued by Steerforth Press and paints the portrait of Oswald as a delusional, unbalanced renegade who fell under the spell of communism and Fidel Castro's revolution in Cuba, while also harboring a deep hatred of America.

McMillan says Oswald was motivated by his "belief in Marxist ideology... he hated capitalism.”

Oswald told her that the seeds of his Marxist leanings were planted when he was a young teenager and living in the Bronx and saw financial inequalities first hand. Oswald cited the infamous case of Julius and Ethel Rosenberg, who had been executed as Soviet spies, as a motivating factor for his political views, McMillan recalled.

Oswald spent almost three years in the Soviet Union before moving back to the United States in June of 1962, handing out pro-Castro pamphlets in New Orleans, and holding odd jobs before getting hired at the Texas School Book Depository in Dallas.

McMillan thinks that Oswald's ideology and mental unbalance, mixed with a web of deceit and rage over his rocky relationship with Marina, created a fatal combination that led to the tragic events on Nov. 22, 1963.

"He knew there was something wrong with himself, but he had these other things, delusions that he was something bigger than he was,” McMillan said. “He thought he was a great man who was going to assert himself for history, and he even told me in defecting to the Soviet Union that he 'wanted to give the people of the United States something to think about.”

Despite theories that Oswald did not act alone, McMillan believes it would have been easy for him to carry out the crime without help. She believes he may have even foreshadowed his infamous deed, purportedly shooting at anti-communist firebrand Gen. Edwin A. Walker from his living room window in April of 1963. Oswald missed, and law enforcement never connected him to the apparent assassination attempt until after President Kennedy was killed.

"A few days later he told Marina he was going to go and have a look at Nixon,” McMillan said. “[Marina] locked him in the bathroom, and for the rest of their time together she was afraid that he would do something violent."

By November, 1963, Oswald was estranged from his wife and their two children, desperately hoping to reconcile. On the eve of the assassination, Oswald visited Marina and asked to move back in, but she refused, McMillan said.

Spurned by his wife, Oswald left her some money and, she would only discover later, put his wedding ring in his grandmother's teacup. McMillan believes he had already decided how he would make history.

"I think his leaving the wedding ring was disassociating himself from her, from what he was about to do," she said.

After his arrest, Oswald asked to be represented by New York attorney John Abt, the long time chief counsel for the American Communist Party. McMillan suspects Oswald saw the assassination as a political act and was planning a show trial.

As for conspiracy theories about the assassination, McMillan believes Oswald’s quick death at the hands of nightclub owner Jack Ruby gave rise to flights of unfortunate fancy. While some critics have claimed McMillian may have worked for or been influenced by the CIA, she denies that, saying Oswald could have easily acted alone. The Lee Harvey Oswald she knew would have believed it was his fate to shoot the president when the Kennedy motorcade passed the book depository where he worked, she said.

"President Kennedy could have come and gone from Dallas in perfect safety,” she said. “But the choice of a route that would carry the president past his window could mean only one thing to Lee -fate, duty, historical necessity had come together in this time and place and singled him out to do the deed.”

Kennedy and Oswald both crossed the paths of at least two other people, Oliver and Joan Hallet. Joan Hallet was the receptionist who met  Oswald when he went to the U.S. Embassy in Moscow, where Oliver Hallet also served. They later moved to Washington, where Hallet worked in the Kennedy White House as a junior Naval officer. The Hallet’s daughter, Polly Kawalek, told Fox News that when word of the assassination reached the White House, it was her father "who ordered the flags to be lowered to half-staff."

Kawalek, who was in the fifth grade at the time, says that when her mother saw on television that it was Oswald who was arrested for the shooting, she yelled out that she knew him.

"It is a perfect example of the small world department," she said. "Everything you do will come back."