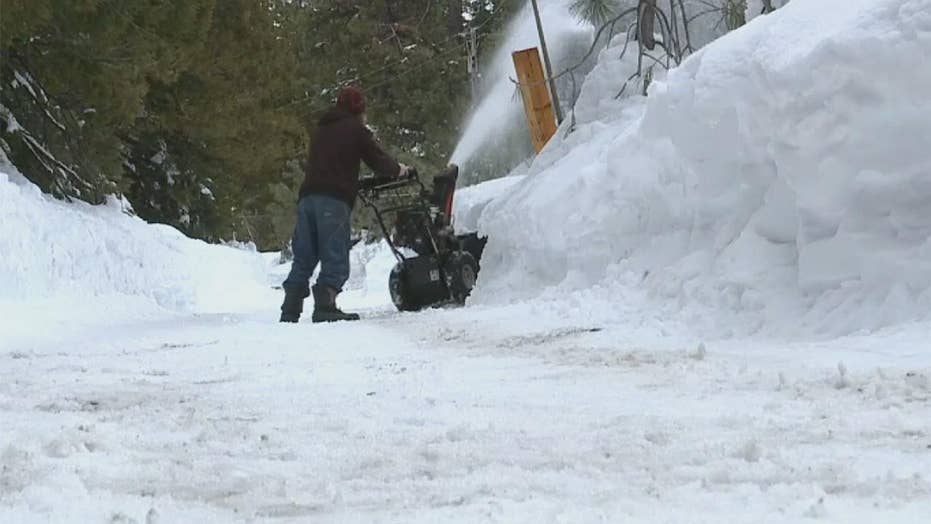 California hit with another round of wintry weather

Northern California hit with several inches of snow as residents are still clearing snow from the last storm.

SAN FRANCISCO – The Latest on storms across the West (all times local):

A winter storm dumping rain and snow from California to Montana is drenching an already soaked Northern California, where authorities are advising residents that several rivers and creeks could overflow.

North of San Francisco, Sonoma County officials say they will activate an emergency center at 8 a.m. Tuesday because of threats of flash floods and mudslides.

Sonoma County Board of Supervisors chairman David Rabbit says in a statement it is "time to locate emergency kits."

In neighboring Napa County, the Napa River in San Helena could also overflow.

A fierce winter storm slamming the western U.S. is expected to bring blasting winds, rain and feet of snow to California through Wednesday.

The storm already has toppled trees, closed roads and triggered power outages from Oregon to Montana.

In the Sierra Nevada along the California-Nevada line, the National Weather Service has issued a storm warning, with up to 8 feet (2.44 meters) of snow at higher elevations and winds gusting to 140 mph (225 kph) over ridgetops.

In the Lake Tahoe area, several mountain highways have been closed because of spinouts or avalanche concerns.

Flood and flash flood watches are in effect for the Sacramento area and the San Francisco Bay Area and forecasters warn that the Napa and Russian rivers are likely to overflow their banks by Wednesday.