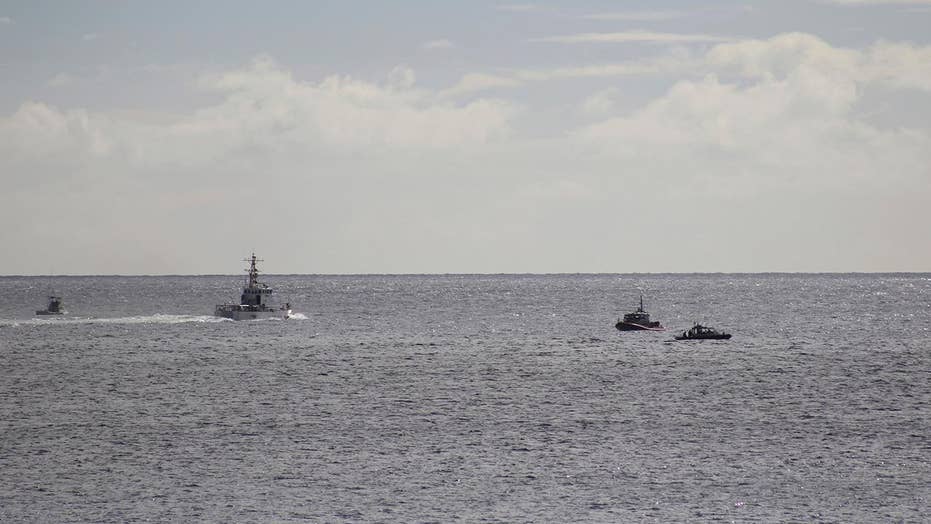 The 47-year-old civilian contractor was participating in a military exercise when his plane crashed off the coast of Honolulu; Jeff Paul reports from Los Angeles.

HONOLULU – A civilian contractor pilot hired by the Hawaii Air National Guard was in serious condition Wednesday after crashing his plane during a military exercise off the coast of Honolulu, authorities said.

A private sailboat rescued the unidentified 47-year-old pilot about 3 miles south of Oahu near Honolulu's Sand Island where he was then transferred to the U.S. Coast Guard.

Honolulu Emergency Services spokesman Dustin Malama said the pilot appeared to have suffered traumatic injuries and was taken to a hospital.

The Hawker Hunter jet went down in the ocean around 2:25 p.m. after taking off from Honolulu's airport, Federal Aviation Administration spokesman Ian Gregor said.

The Hawker Hunter is a British jet developed in the late 1940s and early 1950s, according to the website of defense contractor BAE Systems.

The pilot had been participating in a military exercise called Sentry Aloha, which was being hosted by the Hawaii Air National Guard and involved about 800 personnel and 30 aircraft from nine states. The exercise was temporarily suspended after the crash.

The cause of the crash was under investigation, the military said. Departing flights from the Honolulu airport were held as a precaution for about 20 minutes, Hawaii News Now reported.

Joint Base Pearl Harbor-Hickman did not release further details of the pilot's condition.