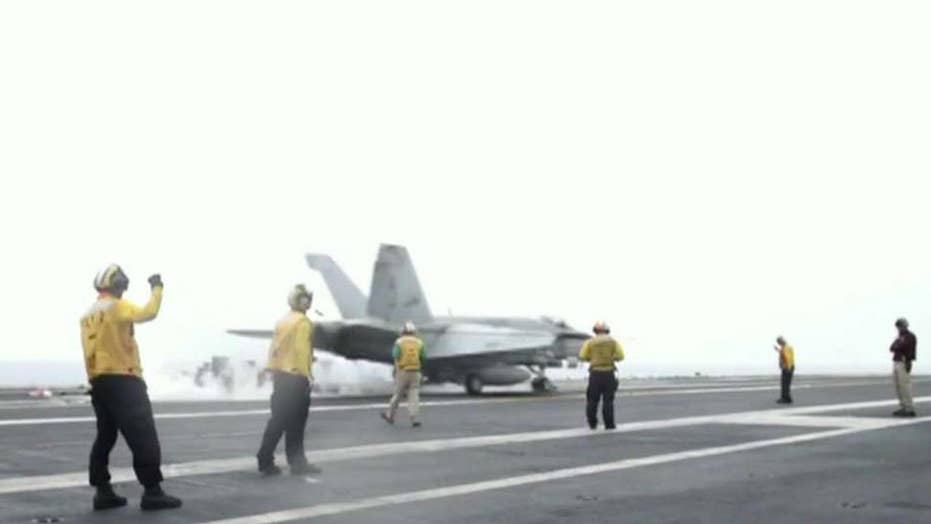 US military aircraft crashes on the rise

HONOLULU – The Latest on the search for five crew members from a downed Army helicopter off Hawaii (all times local):

Two pilots and three crew members were on board an Army helicopter that crashed off Hawaii.

A multi-agency team searched Wednesday in waters five miles off Oahu's Kaena Point for the soldiers and debris from the UH-60 Black Hawk.

The soldiers are part of the 25th Combat Aviation Brigade stationed in Hawaii.

Kaena is a remote spot where Oahu's northern and western coasts meet to form a peninsula. Its sandy coastline is home to a seabird colony and endangered Hawaiian monk seals.

Crews searching for five soldiers missing from an Army helicopter crash off Hawaii have found parts of a fuselage and a helmet.

Honolulu fire Capt. David Jenkins said Wednesday that the items were found about 2 miles off Oahu's Kaena Point. He says the search is focused in the area.

Two Black Hawk crews were conducting training between Kaena Point and Oahu's Dillingham Airfield late Tuesday when one aircrew lost contact with the other.

The missing helicopter is a UH-60 Black Hawk from the 25th Combat Aviation Brigade.

The Fire Department has rescue boats at the scene, while the U.S. Coast Guard sent an airplane, helicopter and two boats. An Army helicopter crew also is looking.

The U.S. Coast Guard and military crews are responding to a report that an Army helicopter with five aboard went down in the ocean off Hawaii.

Several aircraft and boats are being used in the search.