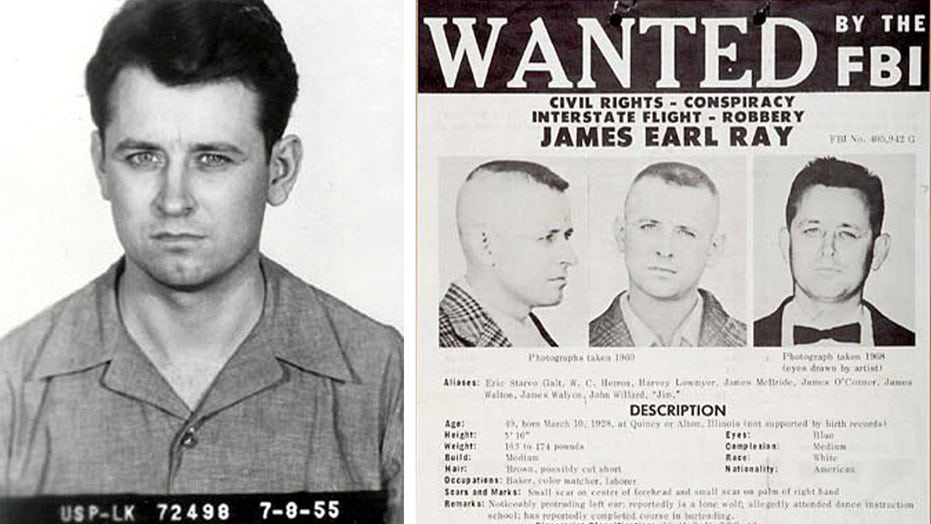 A number of criminal masterminds throughout history have continued to baffle the American consciousness by skirting law enforcement's greatest resources, and carrying out a life of crime in secret, at least for a matter of time. Here are five of America's most famous manhunts:

Now the series of a slew of documentaries, Theodore Bundy is one of the most notorious serial killers in American history. After a decade of denial, before his execution Bundy confessed to 30 homicides spanning across seven states between 1974 and 1978. The true number is likely higher. The Vermont native had been sentenced to death after he was convicted of sneaking into a Florida State University sorority house and fatally strangling two of its members and murdering a 12-year-old girl.

Bundy was first arrested in 1975 after police pulled him over and found an ice pick, panty hose and handcuffs in his car. He was extradited to Colorado to face charges, but before the trial began, he leapt from a courthouse window and was on the run for six days before being captured. He was captured for the last time when police found him driving a stolen car in 1978. He was put to death in 1989.

Over the course of three weeks in October 2002, 10 people were gunned down and three others injured at random throughout the Washington D.C. metro area. John Allen Muhammad and Lee Boyd Malvo are suspected of being linked to at least five other killings earlier in the year, according to FBI data.

On Oct. 2, the three week killing spree began when a man was killed while crossing a grocery store parking lot in Wheaton, Md. The following day, five more were murdered, four in Maryland and one in D.C., while they were pumping gas, reading a book or vacuuming out their car.  Days later two victims were shot dead while pumping gas. On Oct. 14, an FBI analyst was murdered near Falls Church, Va., and on Oct. 22, the Beltway Snipers killed their final victim, a bus driver in Maryland. On Oct. 24, Malvo and Muhammed were captured while sleeping in their blue Chevy Caprice.

Within days of the first October murder, the FBI had some 400 agents working on the case, in collaboration with the Montgomery Police Department.

Media coverage of the manhunt was all-consuming, with local residents told to be on the lookout for a “white box car” originally and later a blue Chevy Caprice. Much of the coverage in the New York Times was written by Jayson Blair and later found to be fabricated, leading to a scandal, which ended in the resignation of the newspaper's two top editors, Howell Raines and Gerald Boyd.

The iconic gangster couple kidnapped, robbed banks and killed at least 13 people between 1932 and 1934, inspiring the classic film carrying their namesake and all of its remakes. Bonnie Parker began her life of crime with Clyde Barrow at the age of 19, while her then-husband was serving time in jail for murder. Barrow was imprisoned for robbery shortly after, and Parker smuggled a gun into prison so he could break free. He was caught in Ohio and sent back to jail, but when he was paroled in 1932, he and Parker found each other again and stole a car and committed several robberies. Parker was caught and sent to jail for two months. Upon her release Parker and Barrow joined a team of accomplices to rob stores and banks across Texas, Oklahoma, Missouri, New Mexico and Louisiana. They killed anyone who got in their way, including nine police officers.

Police almost captured the duo in 1933 with surprise attacks on their hideouts in Joplin and Platte City, Mo/. Barrow’s brother was killed in the raid and other accomplices were arrested, but Bonnie and Clyde escaped unscathed. In January 1934, they attacked Eastham Prison Farm in Texas with machine guns to help their accomplice Raymond Hamilton break out of prison, killing a guard and injuring others in the process.

It was in 1934 when officers learned that the pair were due to return to Louisiana and hid in the bushes near their retreat. As Parker and Barrow appeared, officers let loose a hail of bullets, killing both.

US Department of Justice and FBI photos

Thousands of FBI agents spent months tracking down James Earl Ray after he murdered Martin Luther King, Jr. Ray fired his rifle from the bathroom of a nearby boarding house at King while King was standing on a motel balcony in Memphis on April 4, 1968. Riots and unrest ensued after King’s killing, in cities across the U.S. such as Baltimore, Chicago and Washington D.C. The ensuing manhunt lasted more than two months and spanned across five countries, according to History.

One year before, Ray had escaped prison while serving a sentence for a holdup. The FBI determined after the killing that Ray had obtained a fake Canadian passport and flown to the U.K. On June 8, Scotland Yard investigators arrested Ray at a London airport as he was trying to fly to Belgium with an end goal of Zimbabwe. Zimbabwe, then known as Rhodesia, both lacked an extradition agreement with the United States and had an oppressive white minority rule.

In 1969 Ray pleaded guilty to the killing to avoid the electric chair and was sentenced to 99 years in prison. Ray, three days later, attempted to reverse his guilty plea, claiming he’d been set up. His motion was denied, but during the 1990s the King family spoke publicly in support of Ray, saying he was innocent and speculating about an assassination conspiracy.

The Zodiac Killer terrorized Northern California from December 1968 to October 1969.

The Zodiac Killer, whose identity still remains unclear, operated in at least the late 1960s and early 1970s in Northern California. While officially connected to five murders and two attempted murders, the Zodiac Killer implied that he had killed at least 37 victims. He often left coded notes for police and the media with messages such as, “I like killing people it’s so much fun.”

The seven confirmed victims of the Zodiac Killer were three teenagers and four people in their 20s in 1968 and 1969, according to History.

The Zodiac Killer’s first believed victims were a high school couple hanging out at a local beach in 1963. Then in 1966, the mysterious murderer is believed to have killed 18-year-old Cheri Josephine Bates in Riverside. One month after the killing, the police department and local newspaper received a typewritten letter that said: “Miss Bates was stupid. She went to the slaughter like a lamb.” The writer added, “I am not sick. I am insane.” The Zodiac Killer is suspected of carrying out murders as late as 1971, and continued to toy with the media until 1974, leaving clues which ultimately came up fruitless.