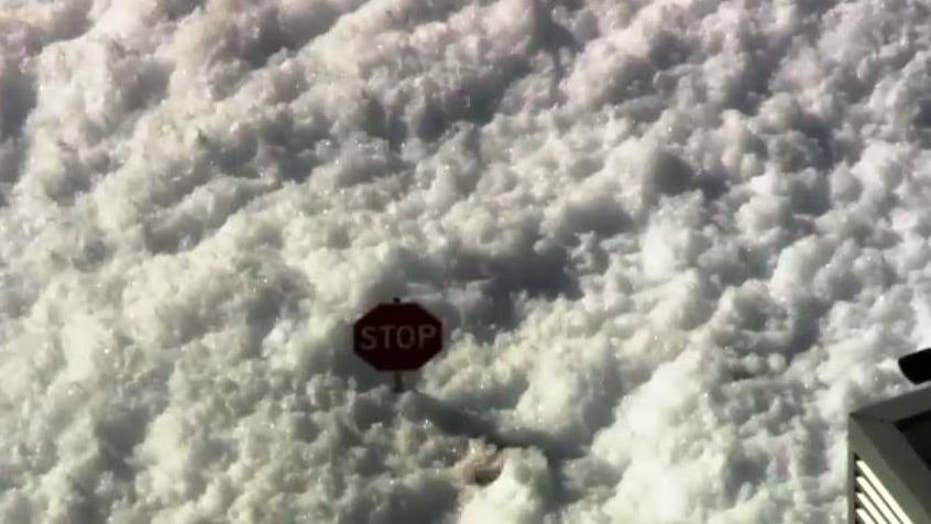 SAN JOSE, Calif. – A bobbing sea of white foam several feet deep in spots spewed out of a large hangar at Mineta San Jose International Airport in California on Friday, covering cars and blocking businesses as it cascaded onto a nearby street.

The foam was a chemical used as a fire retardant and was coming from the hangar's fire prevention system, San Jose fire Capt. Mitch Matlow told The Mercury News. Matlow said the retardant discharged accidentally and began spilling out in the morning.

By the afternoon, the pulsating flow had surrounded two tanker trucks, reached to the bottom of a stop sign and spilled onto the street.

Crews were asking people to stay out of the foam, but a man on a bicycle pedaled through the fluffy mass, emerging covered in foam to laughing onlookers. The rider, Blake Harrington, said he could not see through it even when he stood up on his bike.

"Someone had to do it," Harrington told San Francisco Bay Area station KTVU-TV, saying the foam felt and smelled like soap.