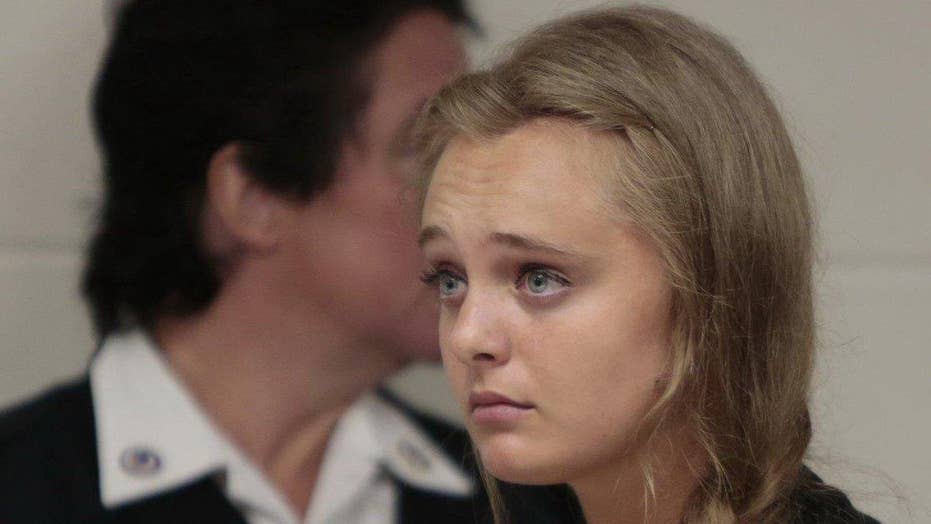 Doctor says the defendant in the texting suicide case was taking medication that may have affected her decision making and impaired her ability to be empathetic; Molly Line reports from Taunton, Massachusetts

The defense has rested its case in the trial of a Massachusetts woman accused of encouraging her boyfriend to kill himself through a series of text messages.

Michelle Carter is charged with involuntary manslaughter in the 2014 suicide of 18-year-old Conrad Roy.

In closing arguments, Assistant District Attorney Katie Rayburn said Carter knew what she was doing when she encouraged Roy to kill himself and tried to use him for attention.

Prosecutors say the then-17-year-old Carter pressured Roy to take his own life through a torrent of text messages.

TEEN HELD IN CONNECTION WITH SHOOTING DEATH OF ARKANSAS OFFICER