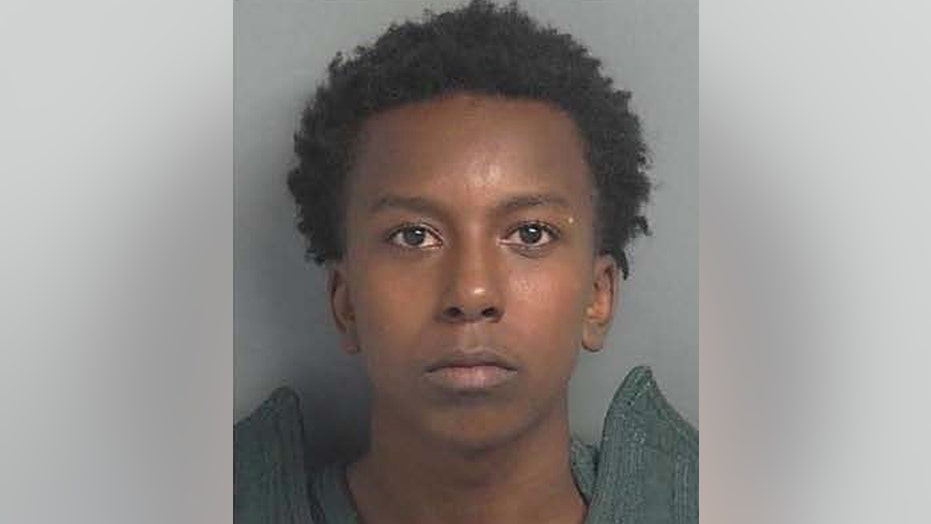 A Texas teen was charged Thursday in the accidental shooting death of his brother, after police say he disposed of the gun in a dumpster following a misfire through a bathroom door.

Justice Forney, 17, was charged with tampering with evidence after police say he disposed of the weapon used to kill his 17-year-old stepbrother, Romaz Craddock, on Wednesday.

NEW YORK COLLEGE STUDENT PRETENDS TO BE AUTISTIC, SCARES OFF SEXUAL OFFENDER LIKE ‘SHE HAD SEEN ON TELEVISION’

Deputies with the Montgomery County Sheriff’s Office responded to a home on Rayford Road in Spring, Texas on Wednesday about 6:30 p.m. over reports of a shooting. Once on the scene, police learned that Forney and Craddock were visiting a friend when Forney was “handling a firearm.”

Justice Forney, 17, was charged with tampering with evidence after police say he disposed of the weapon used to kill Romaz Craddock, 17, his stepbrother.  (Montgomery County Sheriff’s Office)

That’s when police say he accidentally discharged the gun; a bullet passed through the bathroom door, striking his brother in the torso.

Craddock was transported to Memorial Hermann in the Woodlands in critical condition; he eventually succumbed to his injuries.

The sheriff’s office said Forney cooperated with them, and witness testimony and other evidence pointed to an accidental shooting.

He told authorities he disposed of the gun in a nearby dumpster. The firearm was also reported stolen through the Harris County Sheriff’s Office.