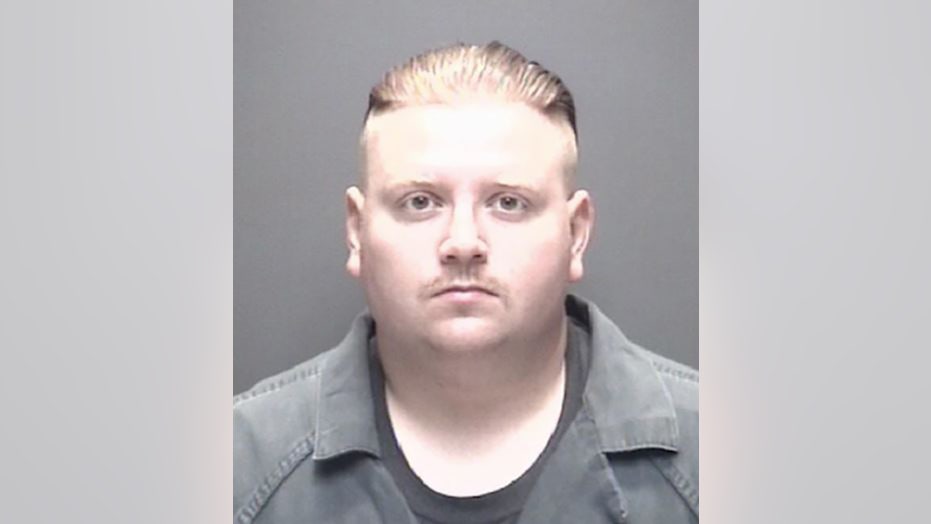 A former Texas law enforcement officer was sentenced to 18 years in prison Tuesday after sexually exploiting and cyberstalking two Massachusetts girls from the time they were 12 years old, including threatening them to keep quiet by sending pictures of himself with his gun in uniform.

Pasquale T. Salas, 26, a former deputy sheriff with the Matagorda County Sheriff’s Office, was sentenced to 220 months in prison and five years of supervised release, the U.S. District Attorney’s Office for Massachusetts said in a statement Tuesday. He pleaded guilty in May to one count of sexual exploitation of a minor and one count of cyberstalking.

“The defendant was an online predator disguised in a law enforcement uniform,” said U.S. Attorney Andrew E. Lelling. “He used the internet to gain the trust of vulnerable children and then turned around and exploited their innocence and played on their fears. This sentence is a warning to others, but it is also intended to stop this defendant, for the long term, from further victimizing children. We will always prioritize, and aggressively pursue, cases involving online predators.”

Pasquale T. Salas, 26, a former sheriff deputy from Texas, pleaded guilty in May to sexual exploitation and cyberstalking of young Massachusetts girls from the time they were 12 years old. (Galveston County Jail)

“Child predators often wear many disturbing disguises in our communities, and Pasquale Salas is no exception. As a deputy sheriff, he betrayed his oath and abused the trust that was placed in him,” said Joseph R. Bonavolonta, special agent in charge of the FBI Boston Division. “Instead of protecting children, he exploited children for his own sexual gratification. He is both a danger and a disgrace, and now, thanks to the courage of the victims who came forward in this case, and the hard work of our law enforcement partners, he’s been taken off the street so he can no longer harm anyone else.”

Salas met the first victim in 2014 when she was 12 years old using an online gaming website. He first communicated with the girl using a private chatroom before moving their conversations to text, Skype and Snapchat. Prosecutors said Salas then repeatedly solicited the minor to transmit sexually explicit images and videos of herself.

Beginning as early as 2016, Salas intimidated the victim into maintaining contact with him and sending additional sexually explicit material by threatening that he would send the minor’s sexually explicit images and videos to her family and her friends, prosecutors said. In May 2019, when the victim attempted to terminate contact with Salas, he repeatedly sent threatening communications to the victim, using web-based applications to disguise the source of the communications.

Investigators found at least one video, sent via social media, of the minor performing sexually explicit acts that Salas had coerced her to perform on his cellphone seized at the time of his arrest.

Salas met the second victim, another Massachusetts girl, when she was 12 years old using the same gaming website and maintained contact with her until she was 16. He solicited sexually explicit images from her and coerced the minor into disclosing her social media credentials so that he could track her activities and view her photographs, prosecutors said.

Salas also “sent pictures of himself inside a police car and with a gun and told the victim that he had law enforcement friends in Massachusetts who would follow her and that no one would believe her if she reported what he had done,” the district attorney’s office said in a press release.

The case was brought as part of Project Safe Childhood, a nationwide Department of Justice initiative launched in 2006 to protect children from exploitation and abuse.