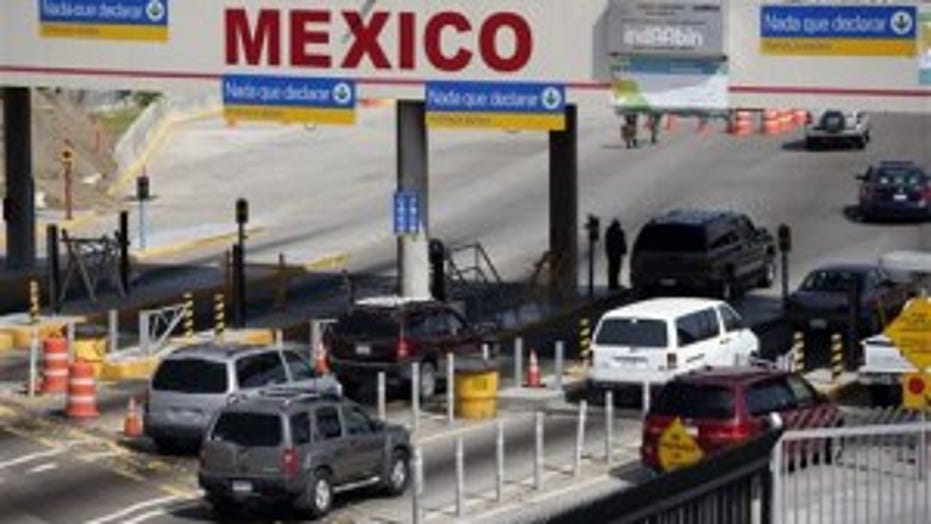 Two Texas men were charged Thursday with violently assaulting a federal officer last month while trying to cross the U.S.-Mexico border, according to officials.

Juan Alfredo Crisencio Martinez, 20, and Jaythan Trevonne Phillips, 20, are accused of assaulting the officer on Feb. 8 after they applied for admission into the United States at the Juarez-Lincoln International Bridge in Laredo, a border town in south Texas.

A U.S. Customs and Border Protection (CBP) officer allegedly began asking Martinez and Phillips to exit the vehicle – and they refused, according to a press release from U.S. Immigration and Customs Enforcement.

Authorities then swarmed the lane to arrest the two men, the charges say. Martinez reached for the officer’s belt from inside the car and opened the driver’s side door to prevent another officer from intervening, according to the allegations.

Law enforcement agents allegedly had to physically carry Phillips to an inspection area and deploy a Taser to subdue Martinez who continued to resist.

The incident halted the port’s daily operation because it required assistance from multiple law enforcement officers and personnel, the charges allege. The travel lanes were also closed, and the bus traffic was backed up into the Mexico side of the bridge, delaying dozens of passengers, ICE said.

A Laredo grand jury returned the indictment on Feb. 25 against both men, who are both from Irvine, Texas. They both face up to 20 years in federal prison and a possible $250,000 maximum fine if convicted.