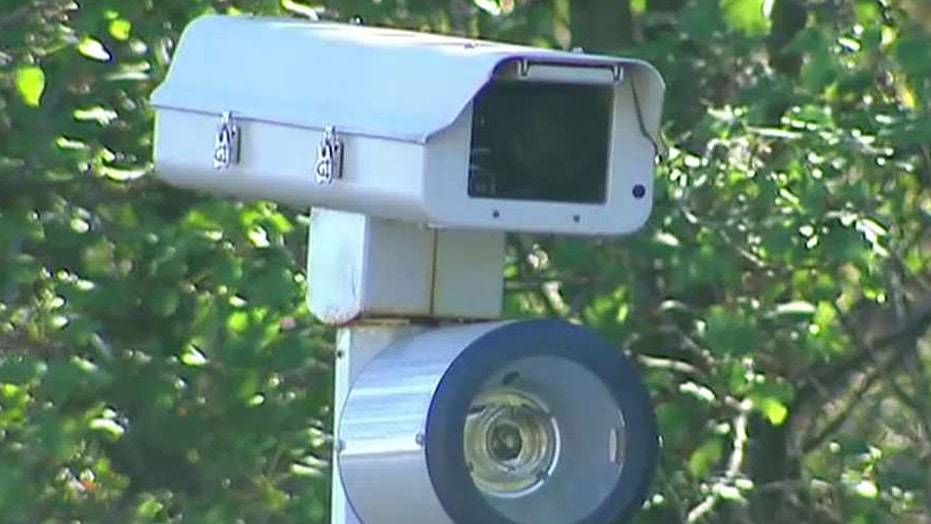 A Texas judge arrested for making a secret deal committing his county to a 10-year contract with a red-light camera company was suspended Tuesday for allegedly blowing right past the state's Sunshine Laws.

"A community is known for what it tolerates," the activist group, Grassroots America We the People, said in a statement. "In Smith County, Texas, we should never accept disrespect for citizens, abuse of the public trust, and selective application of the rule of law."

Baker's alleged 10-year pact with ATS would have the Arizona compay exclusive rights to operate the lucrative, but deeply unpopular cameras in Smith County. The cameras are banned in Texas municipalities, but Baker apparently believed he could authorize them for the county.

Baker, who allegedly made the deal without the knowledge of county commissioners, was suspended without pay by the State Commission on Judicial Conduct.

Grassroots filed a complaint in May 2015 with Texas Attorney General Ken Paxton and the local district attorney, calling on them to investigate business dealings between Baker and ATS.

A warrant for Baker's arrest was issued Thursday from the Smith County Grand Jury and Baker turned himself in to the Smith County Sheriff at 5 p.m. Friday. He was released an hour later on $2,000 bond, according to an unsealed arrest sheet obtained by FoxNews.com.

The grand jury's indictment charged that Baker, by meeting privately and conducting business on behalf of the county, knowingly closed a regular Smith County Commissioners Court meeting to the public.

Baker, who has no criminal history, has denied any wrongdoing and called the charges against him a "political witch hunt."

"As the Attorney General and his supporters will agree, an indictment alone is no evidence of guilt or wrongdoing," Baker said in a statement obtained by FoxNews.com.

"I am not guilty of these charges. At no time did I or any member of the court knowingly violate the Texas Open Meetings Act," Baker said. "I maintain this was not a mission to find the truth, rather a political witch hunt. I look forward to producing the true facts to a jury. I am confident a jury will find these charges to be frivolous."

A spokesman for ATS was not immediately available when contacted Tuesday.

Red light cameras have been long been controversial in cities across the U.S. Advocates of the system claim it makes the roads safer because drivers are more conscious of running red lights. A 2011 study by a red-light camera industry trade association concluded the devices have helped save more than 150 lives in 14 of the largest U.S. cities between 2004 to 2008.

Critics, meanwhile, say the cameras are simply money-making machines for towns and cities and often unreliable. Opponents also point to statistics that show an increase in accidents at intersections where cameras are used.