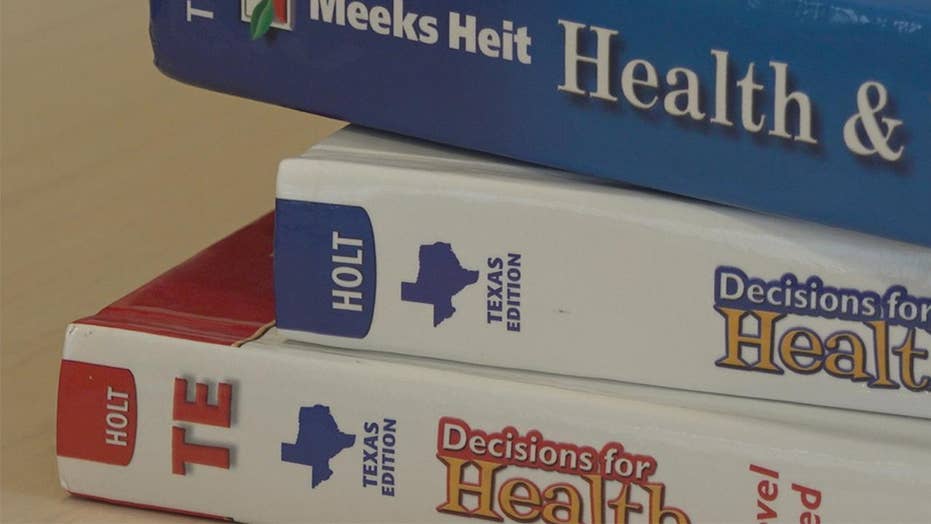 The Education Commissioner submitted health standards recommendations that could include conversations on contraceptives, healthy relationships, and anatomy in grades as early as kindergarten.

AUSTIN, Texas -- For more than 20 years, school districts here have emphasized abstinence above all else in sex education. But soon, members of the Texas Board of Education will consider whether to add new topics like “sexual risk reduction methods,” “healthy relationships,” and “anatomy” in grades as early as kindergarten.

“It is about time that Texas come into the 21st century,” said Kathy Miller, president of the Texas Freedom Network, which has long pushed for changes to the curriculum.

If approved, Morath’s report could bring the first change to health standards in the state since 1998.

“While parents and families are the primary educators regarding their children’s reproductive health behaviors, schools can also play an important role,” Morath wrote.

State law requires districts to “devote more attention to abstinence from sexual activity than to any other behavior,” a policy that Miller says is out of touch from today’s reality.

Texas Essential Knowledge and Skills Study recommendations, released by Education Commissioner Mike Morath, could include conversations on contraceptives, healthy relationships, and anatomy in grades as early as kindergarten. (Fox News)

According to the review, “an understanding of a sense of self” can be introduced as a child enters kindergarten. “By the end of middle school, adolescents should understand sexual risk avoidance as the primary goal and learn sexual risk reduction methods that may be needed later in their lives,” Morath suggests.

“It seems the report is referring to an awareness of interactions with others, for example helping young children to learn about physical boundaries and respecting others' personal space. It also refers to a child's sense of self-confidence, which of course we want them to develop,” said Barbara Cargill, a Republican member of the state’s board of education.

But, not everyone agrees that the changes should be made.

“Abstinence is risk avoidance. We don’t educate our children to drink safely or do drugs safely,” said Alice Linahan, president of Women on the Wall, a group that protects parental rights.

Data from the U.S. Department of Health and Human Services shows Texas ranks fourth in the nation for teen birth rates. (Fox News)

Linahan believes parents should choose how sex education is taught.

“It’s a dangerous road to go. They lose their right as parents to decide when and how their children to be taught about sex education,” she said.

Data from the U.S. Department of Health and Human Services shows Texas ranks fourth in the nation for teen birth rates, with more than 30,000 pregnancies. In 2016, Texas’ teen birth rate was nearly 31 out of 1,000 girls between the ages of 15 and 19, compared with the national rate of 20 out of 1,000, according to the agency.

The state board of education is planning a final vote on the new health standards in September 2020. If they pass, they would go into effect in the 2022 school year.