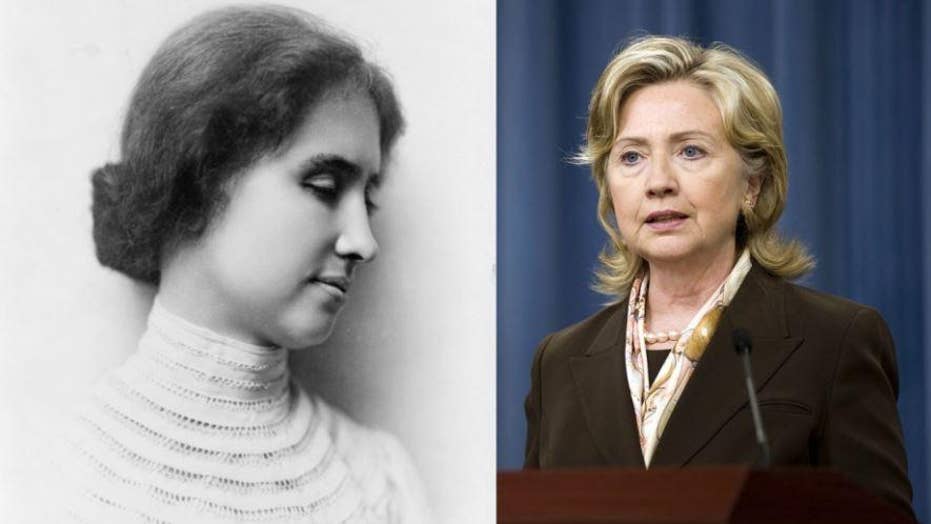 After more than 10 hours of discussion and public input, the Texas State Board of Education on Tuesday tentatively agreed to keep Hillary Clinton and Helen Keller in the state’s social studies curriculum.

The majority-Republican board discussed the proposed curriculum changes and decided to keep Keller, a disability rights advocate who was the first deaf-blind person to earn a college degree, and Clinton, the former secretary of state and 2016 Democratic presidential nominee, the Dallas Morning News reported.

"I am hoping that you keep Helen Keller being taught in our schools, Gabrielle Caldwell, 17, a deaf-blind student who attends the Texas School for the Blind and Visually Impaired, told the board. “She traveled the world, worked very hard and helped a lot of people. She is a hero. I believe I can do these things because Helen Keller did them."

The board voted 12-2 to keep Clinton, with board members Geraldine "Tincy" Miller and Pat Hardy dissenting and one abstention.

"I just do not respect the woman," Hardy said. "As far as I'm concerned, she's done a lot of detrimental things to our country."

Miller agreed, saying “The Benghazi thing did it for me.”

Republican board member Marty Rowley said he disagrees with Clinton's politics but noted she was an important figure.

"I have to give credit where credit is due,” he said. “She is a significant political leader."

Earlier this year, the board appointed educators to trim the state's social studies curriculum.

Among the recommendations were to eliminate the Women Airforce Service Pilots, a group of civilian women who flew in noncombat roles during World War II, which drew rebuke from liberal activists and veterans.

“She, like most others, didn’t become a WASP for the fame because there was none,” said Tom Lucas, whose mother was a member of the Women Airforce Service Pilots. “To use my mother’s words, they did it because they wanted to do their part to support their country.”

Some historical figures who didn’t make the cut were Francis Scott Key, the author of the “Star-Spangled Banner,” was cut from first grade and Phillis Wheatley, the first published African-American was also axed.

The board also voted along party lines to reject a suggestion to exclude states’ rights as a contributing factor to the Civil War but approved teaching slavery’s “central role” in causing the war, the Austin American-Statesman reported.

Nearly 200 university professors and historians signed an open letter opposing states’ rights as the war’s cause.