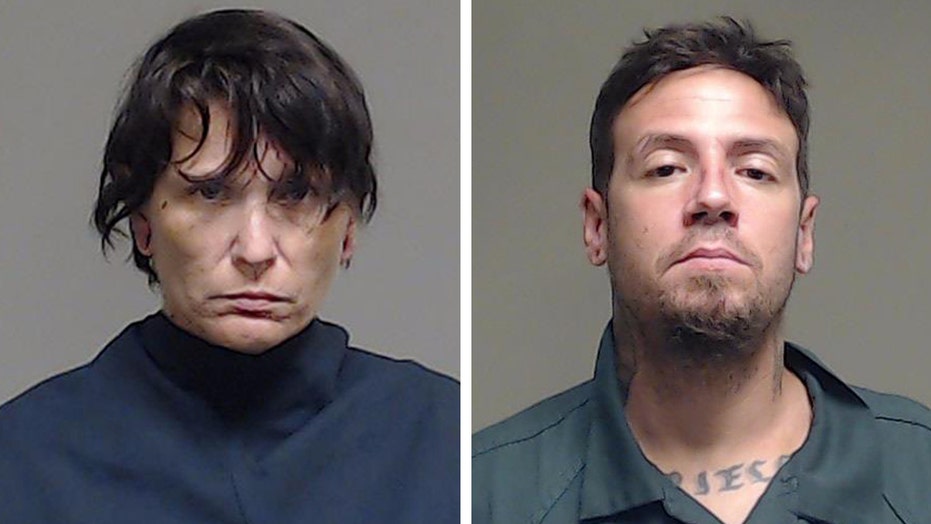 A Texas couple has been arrested after deputies found their missing 3-week-old boy dead in a 5-gallon bucket of tar over the weekend, according to local reports.

“I’ve seen a lot of crazy things, but this is the first time I've found a dead infant in a bucket of tar," Collin County Sheriff Jim Skinner told Dallas-based WFAA-TV. “And hopefully the last.”

Roland, 42, and Donna, 41, Grabowski each face a slew of felony charges ranging from tampering with evidence to abusing a corpse and child endangerment in connection with the death of their son, Micah.

Roland Grabowski appears on the Texas Public Sex Offender list as a “high” risk whose past convictions include sexual assaults of two girls, ages 12 and 14, in 2008.

Acting on a tip, deputies went to the couple’s home Saturday to investigate the couple's missing child, according to the Collin County Sheriff’s Office. They refused to cooperate, police said. First they allegedly lied about the child’s whereabouts and allegedly sent a text message to a friend asking them to “say your baby is ours.”

“There was an attempt to deceive us as to what had happened and the whereabouts of their child, Micah,” Skinner told WFAA.

Police said Donna Grabowski also told investigators the baby had been born at the Medical Center of McKinney, which had no record of her stay or the birth, according to WFAA.

But the couple eventually told investigators that they found their child dead in their bed on July 29, authorities said. And deputies recovered the body from a tar bucket in their shed.

The Collin County Medical Examiner is expected to determine an official cause of death.

The Grabowskis are each being held on $500,000 bond for felony child abandonment and endangerment charges, but more charges are expected to be filed.