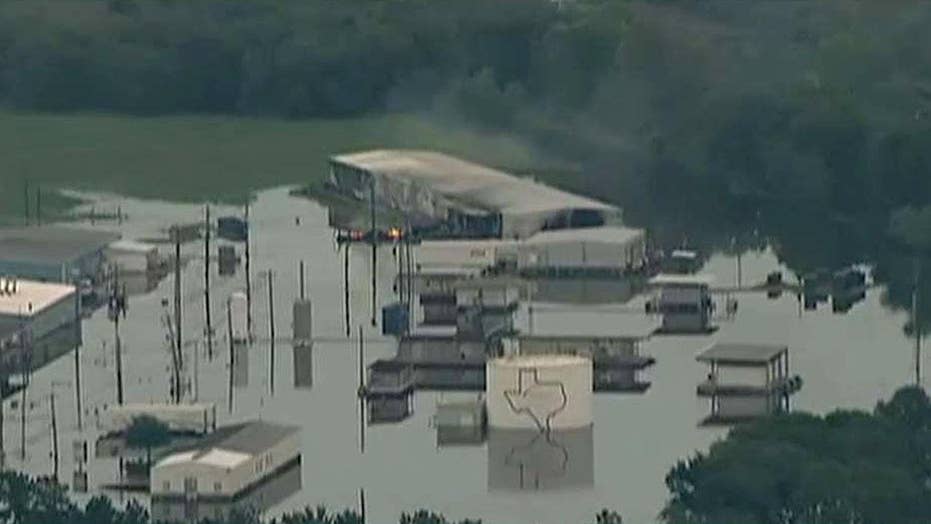 Officials with the flooded chemical plant outside of Houston that was rocked by a pair of Thursday explosions said they are anticipating more fires from eight other containers housing organic peroxide.

The Harris County sheriff's office said 15 deputies who complained of breathing trouble after the fires broke out have been released from the hospital.

Fire authorities said the plant suffered two small blasts and some deputies suffered irritated eyes from the smoke, but they emphasized the materials that caught fire shortly after midnight were not toxic.

The fires were out by Thursday evening, according to firefighters.

The plant, in Crosby, lost power Saturday amid Tropical Storm Harvey, leaving it without refrigeration for chemicals that become volatile as temperatures rise. Arkema shut down the plant before Harvey made landfall.

Rennard said the plant had four layers of security for refrigeration including backup generators, liquid nitrogen and cooling containers. He said chemical products in one of the cooling containers started to degrade, sparking the blast and fire overnight.

Local officials said the blast sparked a 30- to 40-foot flame. Some 200 people living near the plant evacuated.

"It's not over. This is a serious situation."

“What has happened is exactly what we expected was going to happen,” said Bob Royall, Harris County Fire Marshall.

The plant falls along a stretch near Houston that features one of the largest concentrations of refineries, pipelines and chemical plants in the country.

Arkema's plant is required to develop and submit a risk management plan to the U.S. Environmental Protection Agency, because it has large amounts of sulfur dioxide, a toxic chemical, and methylpropene, a flammable gas. The plans are supposed to detail the effects of a potential release, evaluate worst-case scenarios and explain a company's response.