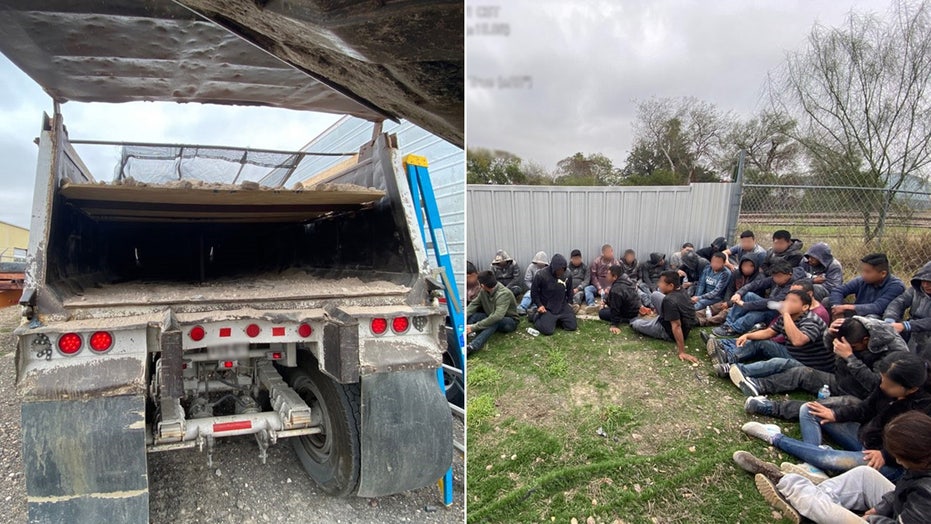 Border agents in Texas arrested 36 illegal immigrants last week after finding them hidden beneath a wooden plank inside a dump truck that appeared to be filled with just gravel and dirt.

U.S. Customs and Border Protection agents in the South Texas corridor were called to an impound yard in Laredo last week after a tipster reported that a dump truck recently taken there held undocumented immigrants, KGNS reported.

According to the outlet, around 7 a.m. on Thursday, an off-duty officer stopped to help direct traffic around a disabled gravel truck. The trailer was impounded and remained on the lot, although the report did not say for how long.

Acting on the anonymous tip, officials returned to the site and found 36 migrants beneath a compartment filled with gravel and dirt.

“#USBP Laredo Sector responded to the scene of @mylaredopd case where people were hidden inside a dump trailer loaded with dirt with no means of escape,” a tweet from CBP South Texas read Friday.

CBP officials found 36 migrants hidden beneath a compartment that created the impression that the truck was filled with gravel and dirt.  (U.S. Customs and Border Protection)

Acting Commissioner Mark Morgan shared the images on Twitter as well, adding: “Make no mistake – the criminal organizations and cartels have no concern for the wellbeing of the people they smuggle across the border.”

The driver of the truck was arrested on an outstanding warrant, KGNS reported. He never alerted authorities to the 36 people in the back of his truck.