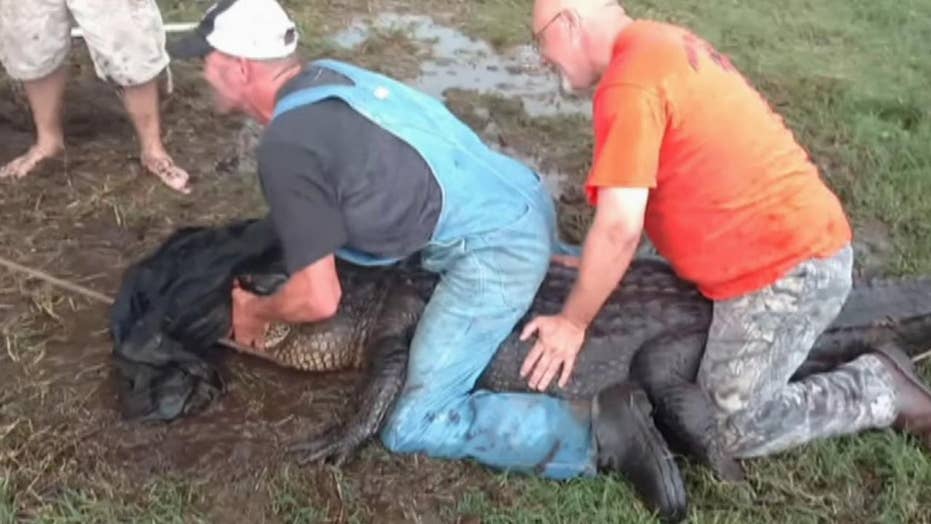 Raw video: Group secures reptile until professionals could arrive to take it away in East Texas

Cattle rancher Hal Canover rounded up a group of friends when the 10-foot creature wandered onto his land in Hawkins last week, Fox 4 Dallas reports.

“He was a dangerous one,” Conover said. “But he was leaving the place — dead or alive.”

Canover and his buddies lassoed the beast and then waited for help.

The gator wasn’t willing to go without a fight. (AP Photo/Chris O'Meara, File)

Licensed alligator trappers showed up to haul it away.

During the struggle to get the alligator into a trailer one of the trappers was bitten.

WALLENDA DAREDEVIL DANGLES OVER NIAGARA FALLS BY HER MOUTH

Conover said the man’s injury was only a flesh wound.

The alligator was driven Gator Farms in Grand Saline, according to the station.