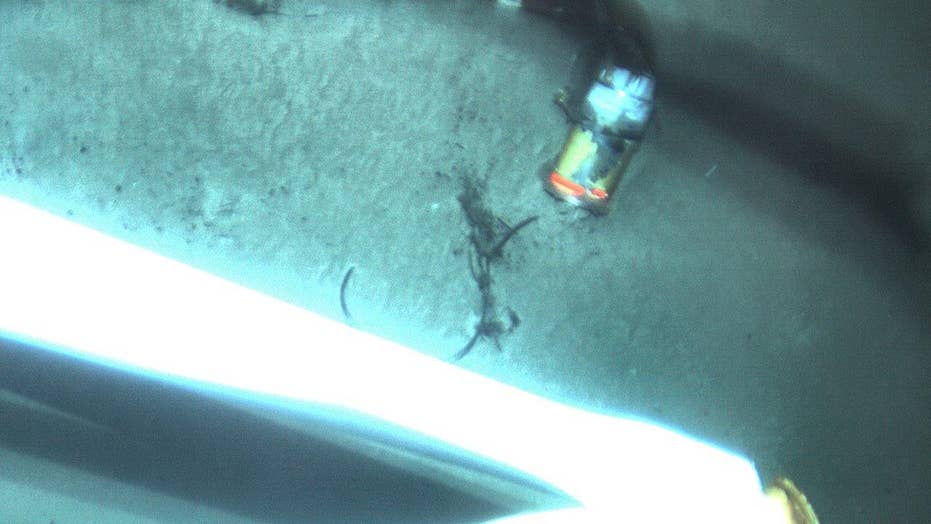 JACKSONVILLE, Fla. – The captain of the doomed freighter El Faro told a colleague just before the ship's final voyage that he was aware of a storm brewing at sea, but that he had a plan to go under it, testimony at an investigative hearing revealed on Monday.

Eric Bryson, the pilot who sailed the El Faro out of the Port of Jacksonville on its final voyage, testified before the U.S. Coast Guard Marine Board of Investigation that is probing the disaster. Monday kicked off a second round of hearings looking into the accident. Bryson, a specialist who pilots the ships through Port of Jacksonville, gets off onto a tug before the vessel heads out of port.

Bryson said he remembered no irregularities with the 790-foot cargo ship, and that its crew was acting normally as it prepared to sail Sept. 29 to Puerto Rico.

Asked if there was any discussion of the brewing storm in the Caribbean, Bryson said El Faro Capt. Michael Davidson addressed it.

"Capt. Davidson said 'We're just going to go out and shoot under it,'" Bryson said.

The ship lost propulsion and sank Oct. 1 after getting caught in a Category 4 hurricane while sailing between Jacksonville and Puerto Rico.

All 33 aboard died in the worst commercial maritime disaster for a U.S.-flagged ship since the Marine Electric sank off the coast of Virginia in 1983. Most of the crewmembers were from Florida, and others were from Georgia, Maine, Virginia, Delaware, Tennessee, Massachusetts and New York. Other crewmembers were from Poland, according to the Coast Guard.

Search crews recently discovered the El Faro's voyage data recorder at the wreckage site near the Bahamas in 15,000 feet of water, but they still have not recovered it. It may contain recordings from the ship's bridge that will paint a more accurate picture of why Davidson chose a faster, but less safe, route despite knowledge of the storm.

The National Transportation Safety Board, which will also participate in the hearings, said it is still planning a recovery mission for the device.

The Coast Guard says a third round of hearings will explore the recorder's data if the device is recovered.

Previous testimony showed that the Davidson, had taken a slower-but-safer route during Tropical Storm Erika in August 2015, after the company sent out a weather alert.

No such alerts or discussions of the weather were found for the period before the stronger Hurricane Joaquin, but emails showed that the day before the ship sank, Davidson had asked his superiors about changing to the slower route home.

On Tuesday, the El Faro's former captain, Boer Axelsson, said he also chose a slower, safer route when faced with a storm on the same route in 2014.

Axelsson said he saw predictions of the storm's path possibly crossing his route, and chose evasive action. He said the company deferred to his voyage plan.

Davidson had been authorized by company official to take a slower, safer route, but he chose not to. Officials from Tote Services Inc. testified that the final decision was his.

Testimony also showed that Tote officials did not actively chart weather systems that may pose a safety concern for the company's fleet. Capt. John Lawrence, who was the last to speak with Davidson, didn't understand the depth of the El Faro's troubles until after Davidson's final call ashore to report that he was in distress.

Lawrence testified that, after the call, his office finally charted the course of the storm along with the ship's last known coordinates. Only then did he realize Joaquin was bearing down on the El Faro.

Since the El Faro's sinking, Tote has upgraded the weather tracking systems available to its fleet.

Still, Axelsson said he was never worried about the 41-year-old El Faro's ability to handle adversity at sea.

"To me the El Faro was a Cadillac," he testified. "She rode well. She handled well. She wasn't vulnerable."