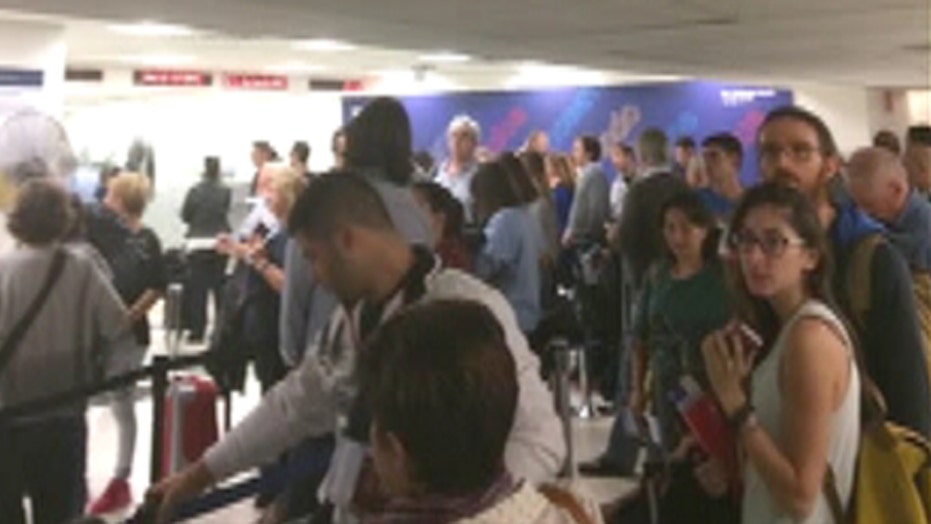 The technical glitch that delayed flights at airports across the country was caused by a computer program that checks passengers against the federal secure flight watch list, a law enforcement source confirmed to Fox News Thursday.

As this source familiar with the incident explained, the watch list automatically taps multiple databases, and this outage was essentially a "disruption in the chain." According to this source, during the 90-minute outage Wednesday, screeners were still able to access this database but had to do so manually.

The outage sparked widespread complaints on social media as customers complained of long lines at airports in New York, Boston, Los Angeles, Atlanta, Dallas-Fort Worth and other ports of entry into the U.S.

It was not immediately clear what caused the outage, but Customs and Border Protection spokesman Mike Friel said there was no indication the glitch was "malicious in nature."

Friel added that CBP agents processed international travelers using "alternative procedures" until the systems were back online. He did not elaborate.