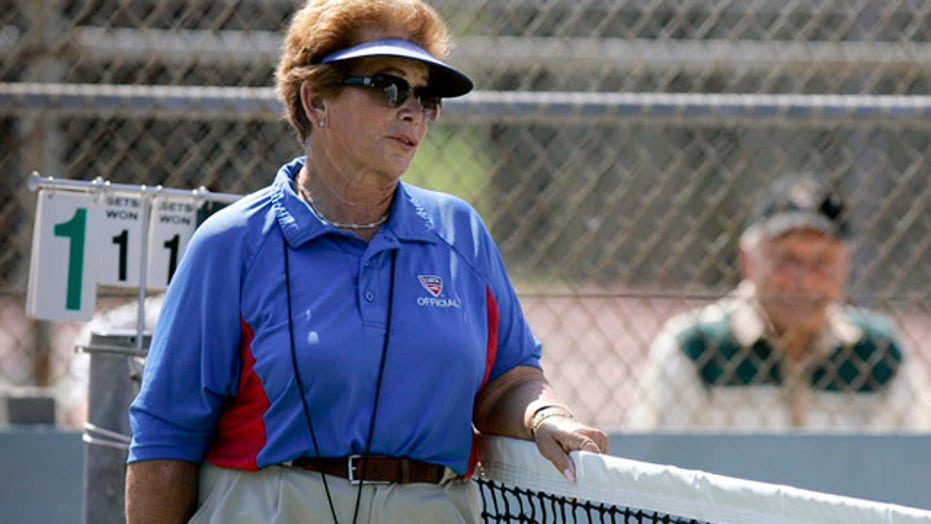 Legal panel weigh in on the case

LOS ANGELES – The arrest of an aging tennis referee in her husband's death was a shocker last summer. On Friday, the case took another surprise twist when prosecutors dropped the murder case against Lois Goodman.

The case was dismissed by Superior Court Judge Jessica Silvers after prosecutors said they received additional information and were unable to proceed.

"I feel I'm being treated fairly now. It was just a terrible accident," Goodman, 70, said outside court.

Goodman was arrested by Los Angeles police in New York in August as she arrived to be a line judge at the U.S. Open. She made her first court appearance wearing her uniform.

District attorney's spokeswoman Sandi Gibbons declined to elaborate on the new information that led to the dismissal.

However, defense attorney Alison Triessl said she believed private polygraph tests conducted by a former FBI polygraph examiner were pivotal in proving that Goodman did not kill her husband

The case was dismissed without prejudice, meaning it could be refiled. But Triessl believes it's over.

"We're elated," Triessl said. "This has been a living hell for her. Justice has been served. She did not do this."

Goodman has refereed matches between some of the greatest tennis players in the world.

She had been accused of bludgeoning her 80-year-old husband to death with a coffee cup. She said she was innocent, and her lawyers suggested Alan Goodman died in an accidental fall.

They said he fell down stairs then managed to get himself upstairs to the bedroom and was found dead in bed. Blood was spattered throughout the house, police said.

Defense private investigator Scott Ross told The Associated Press that famed pathologist Dr. Michael Baden examined the coroner's evidence in the case and found that Alan Goodman died of a heart attack, not from any injuries.

"His heart was four times the normal size," Ross said.

The couple had been married 50 years and had three grown daughters. They lived in the San Fernando Valley area of Los Angeles their entire lives.

Alan Goodman died in April. Authorities initially believed he fell down the stairs while his wife was away, but they later said it was a homicide after a mortuary reported suspicious injuries on his head.

Authorities then alleged he had been clobbered on the head with a mug, and they began to treat Lois Goodman as a suspect.

Defense lawyers said there was little forensic evidence in the case because of the delay in the investigation. They recently disclosed Lois Goodman had passed polygraph tests supporting her claim of innocence.

Goodman pleaded not guilty after her arrest. After a brief stay in jail, she was released on electronic monitoring and subsequently came to court for pretrial hearings with friends and family present to support her.

"I definitely want to get back to refereeing," Goodman said after the dismissal. "But first I want to call my close friends that supported me and thank them again and again."

U.S. Tennis Association spokesman Chris Widmaier said Goodman's bi-annual certification as a referee expires at the end of December and she can apply for renewal.

If re-certified, she will have the right to apply for an official's position at the 2013 US Open, he said.