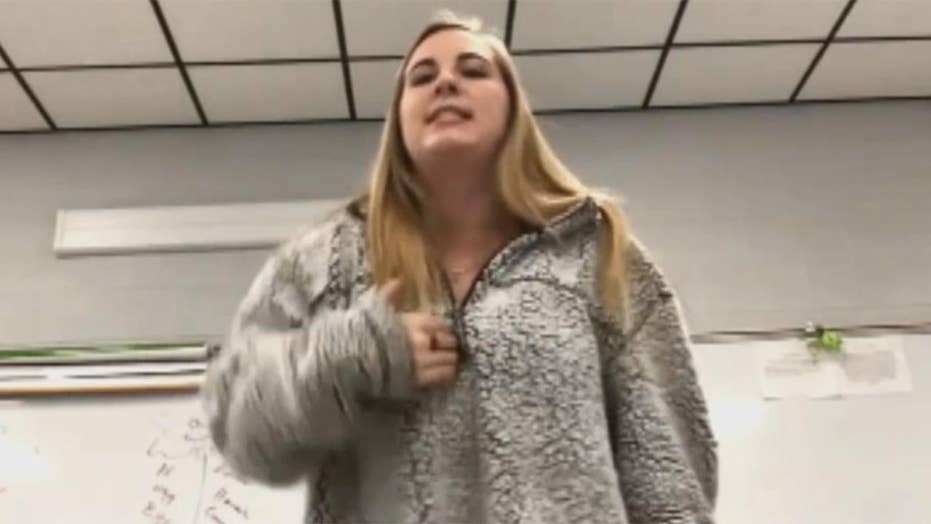 District receives 'vicious' backlash from student's video in which she describes her school as an 'emotional prison' and claims bullying is brushed off by school leaders.

A Tennessee high school student was suspended after her principal complained her viral anti-bullying video hurt his feelings and those of teachers, as well.

Emily Gipson, 16, a junior at Lebanon High School, said school administrators accused her of  “trying to incite violence” and gave her a two-day-in-school suspension for the video entitled “Welcome to Lebanon High School,” posted Jan. 22 on her YouTube channel.

The video, which as of Thursday had more than 760,000 views, showed Gipson asking other students to treat each other better. Gipson said she decided to make the video after a classmate, Allie Johnson, committed suicide in October. Her friends told News 4 Johnson was bullied before she took her own life.

“It’s not just about Lebanon," Gipson explained. "It’s about everywhere because everywhere does have these problems.  Anywhere I can make a difference I’d love to.”

In the video, Gipson criticized her peers’ reaction to the "Stop It" app the Wilson County school had put out in response to Johnson’s death.

Gipson also slammed school administration for not letting students be creative and not punishing those who bully.

"Posters say 'Smile' and 'Be happy,' but how am I supposed to be happy in a world — no, in a community — where creativity is put down, where the people who make fun of others never get punished because 'There's no proof,' or 'There's nothing we can do about it,' or, my favorite, 'Kids will be kids,'" she said in the video.

"So let's summarize: We're expected to come to this emotional prison every day, and we're expected to forgive the bullies because the authorities are sure they didn't mean it. Sometimes I wonder how many kids it takes dying to make a difference."

Scott Walters, the principal of Lebanon High School, told The Lebanon Democrat that he could not discuss Gipson’s punishment but claimed the video hurt his feelings and those of teachers, too.

Walters also said he had an issue with Gipson recording her video in one of the school’s classrooms without a teacher’s permission. However, Gipson claimed two coaches gave her permission to use the classroom for her video.

Walters also claimed he received praise from students and parents who did not agree with the video, including a gift from a student who told him he was doing a good job.

"I can appreciate the perspective of the video," Walters said. "Of course, she's 16, and her perspective is going to be different from mine."

Gipson later recorded a second video to tell her viewers thank you.

Kenneth Gipson, Emily’s grandfather and guardian, said the principal told him the only reason the teen was punished was because she did not have permission to take the video on school grounds. “I don’t have a problem with that. She violated their policies,” he told The Associated Press.

However, Gipson said he’s proud of his granddaughter for expressing herself.

"I applaud her for taking a stance. She's speaking against something that is obviously an issue in today's society — today's schools especially. I don't have a problem with the videos at all. I wish she hadn't of done the first one the way she did it inside the classroom, but as far as the message goes, I'm all for the message. I think she's done a great job in bringing to light a very sensitive and needed subject."

Gipson said she was surprised by the response to her video and has received messages telling her that she saved their lives and “made a difference.”

"I never knew that it would get this big, and through it getting this big I've learned a lesson: This is not my school, this is everyone's school, this is a national problem," she said.