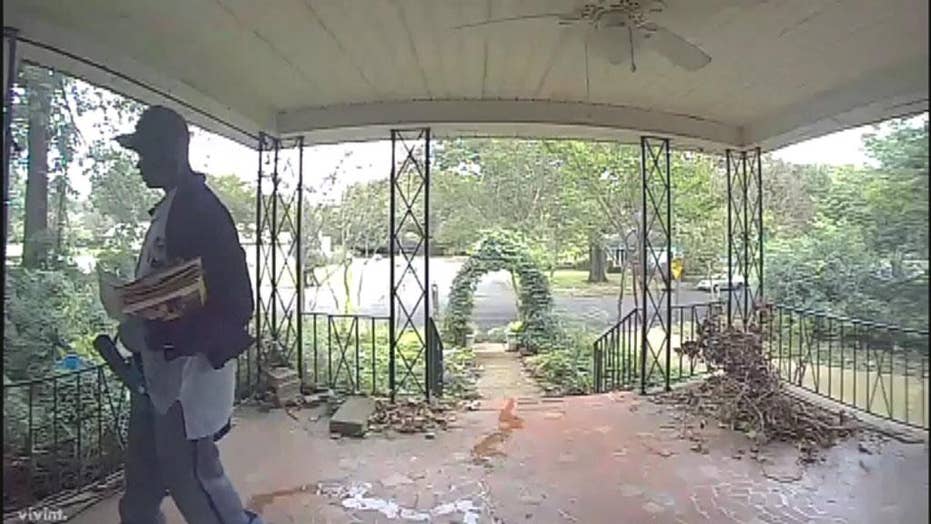 A surveillance video shows what appears to be a mailman urinating as he walks onto the front porch before delivering mail.

A U.S. Postal Service mail carrier was caught on surveillance video seemingly urinating on a homeowner's front porch as he delivered the mail.

The footage showed the mailman apparently relieving himself as he walked down a sidewalk and up several stairs onto the porch.

The employee appearently stopped urinating once he arrived at the mailbox attached to the home, as he looked around the area. He then pulled the homeowner's mail from his bag and dropped it in the box.

Once the mail was delivered, the employee walked away from the home and toward the street, narrowly avoiding walking in his own urine.

The homeowner told Fox 13 he hasn’t touched his mailbox in the days since because he’s worried of what could be on it.

USPS — which did not immediately return Fox News’ request for comment — told the news outlet in a statement the agency has been investigating what took place.

“We are investigating the actions of our letter carrier revealed in the video. This behavior clearly does not reflect the efforts of the thousands of professional, dedicated carriers in our workforce,” the statement read. “We are reaching out to the homeowner to offer our apology and assistance in dealing with this issue. The Postal Service will take appropriate corrective action to address the situation with this employee. As a matter of policy, we are unable to comment further on specific personnel matters.”