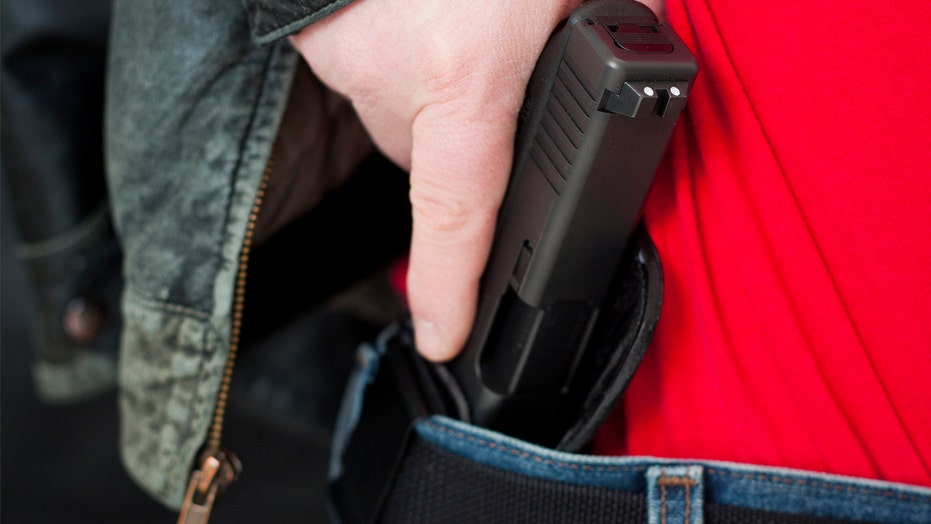 Lawmakers in both Tennessee and Iowa this week passed bills that would allow permitless carry of firearms, also known as constitutional carry.

In Tennessee, the state Senate passed a bill to legalize permitless carry, whether open or concealed, so long as the person is legally in possession of a firearm and not prohibited from purchasing one in their home state.

The bill has cleared committee in the state House but has not yet passed the full chamber. It has the support of Republican Gov. Bill Lee.

The Senate version was amended to also make it a misdemeanor for someone who has been convicted of stalking or someone deemed mentally unfit to carry a handgun.

Lawmakers in both Tennessee and Iowa this week passed bills that would allow permitless carry of firearms, also known as constitutional carry. (iStock)

Critics of the bill have argued that permitless carry makes it easier for criminals to obtain firearms and more dangerous for citizens and law enforcement. And gun control activists have campaigned vocally against the measure.

The Iowa version, passed in the state House in a 60-37 vote, would allow the permitless purchase and carry of firearms.

The House vote largely went along party lines, the Iowa City Press-Citizen reported, with only one Democrat, Rep. Wes Breckenridge, joining all Republicans in support of the bill.

The state’s Senate will consider the measure next, where similar legislation has already passed committee.

The National Rifle Association, which is backing the bills in both states, told Fox News in a statement: "NRA continues to work to make constitutional carry a reality state-by-state. Earlier this year, we helped pass it in Utah and Montana, and now we're working to make it into law in Tennessee and Iowa.  This will mark 20 states where the fundamental right of self-defense is recognized and residents aren't first required to ask government permission or pay a self-defense tax before they can protect themselves and their families. This is meaningful legislation that has real impact on individuals and their safety."

As in other states, Iowa’s bill would allow citizens to continue to seek and obtain permits, if they wish, for to meet interstate reciprocity law guidelines. Customers seeking to purchase a gun without a permit would still need to pass a background check.

It would become a felony to privately sell or share firearms to someone who has been prohibited from owning them.

At least 18 other states allow permitless concealed carry, including Utah, which legalized it last month when Gov. Spencer Cox made good on a campaign promise and signed it into law on Feb. 12.