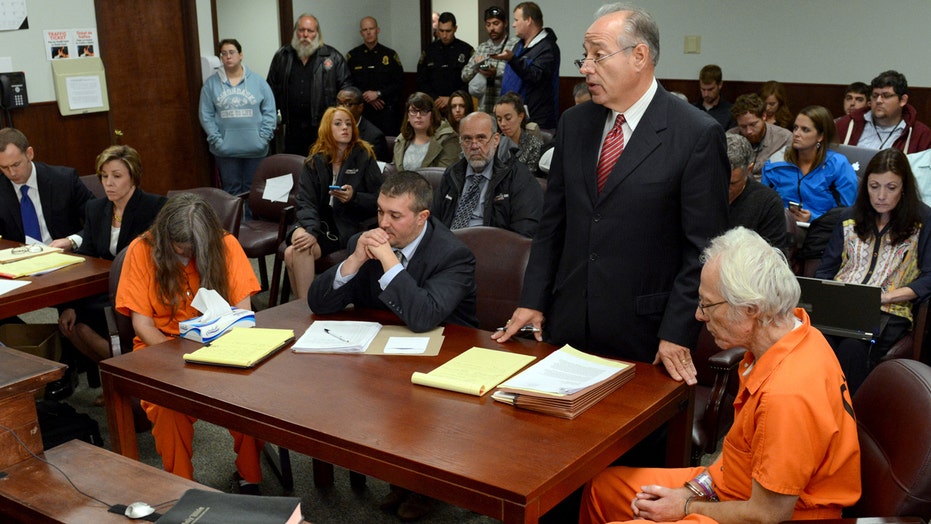 The teenager who survived a vicious beating inside a mysterious upstate New York church, allegedly at the hands of his own family, has been released from the hospital, New Hartford police told Fox News on Monday

Christopher Leonard, 17, was released into the custody of Oneida County Child Protective Services. His brother, Lucas, 19, was killed during the same assault that landed Christopher in the hospital. Cops believe the brothers’ parents and four other members of the Word of Life church beat the teens during a 14-hour “counseling session” to confess their sins.

The brothers’ parents, Bruce and Deborah Leonard, face first degree manslaughter charges. Each of the six people charged in the case has pleaded not guilty.

The arrests in New Hartford, a town of 22,000 people, have thrown a spotlight on the regimented and insular church that operated from a red-brick former school that also served as a communal home for several members.

The arrests have also thrown that spotlight on the foul-smelling, garbage-filled home of the Leonards, where several seemingly neglected caged dogs and other animals were found by an animal advocate who rescued the pets.

Kimberly Strong, founder of Lainey's Army, an animal advocacy group based in central New York, said the home had four neglected dogs, three birds and several cats in and around their home. Feces and urine were everywhere, she said.

"Conditions in the house were abhorrent; it smelled to knock you out," Strong said Sunday.

Strong said neighbors concerned about the animals called her earlier last week and she alerted authorities. On Thursday, a few days after the couple was arrested and charged — she walked through the home with Clayville animal control officer Gordon Chafee and a New York state trooper, she said.

New York State Police did not return calls for comment on why authorities did not make arrangements for the animals earlier.

"I saw a female dog running loose with a big macaw and the cats," she said. "And I saw a Rottweiler and a beagle locked in basement cages."

Chafee said it was plain to see the animals needed help. But also, he said, there was "trash everywhere" in the home.

"It was a terrible experience," Chafee said. "I don't see how human beings could live in this house, because it was just so unhealthy. And the smell of urine made my eyes smart."

Strong told the Syracuse Post-Standard, where an article about the animals first appeared, she believed the home's condition predates the couple's arrest.

All of the animals are now in foster care, she said.