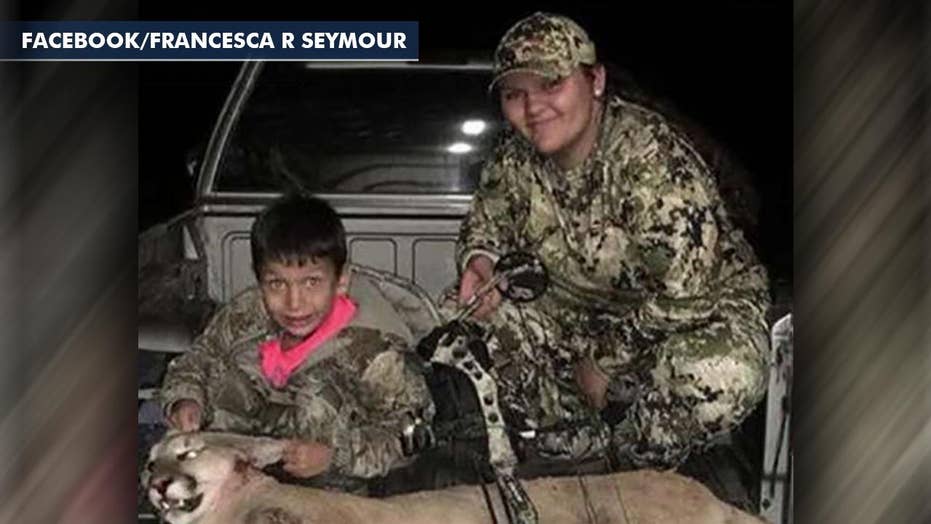 The big cat came within three feet of the child.

A teenage girl in Washington state is being credited with saving her 6-year-old brother from being attacked by a cougar earlier this month.

Amaya Simpson, 16, of Inchelium, picked up a bow and arrow and struck the animal behind one of its ears, scaring it off.

Amaya Simpson, 16, says she shot a cougar with a bow and arrow, scaring it off, just as it was about to attack her younger brother. Her father later tracked down the animal and shot it dead. (Facebook)

Amaya told Fox News that she and her brother Cole Seymour had been out practicing elk calls on the evening of Sept. 8, Wash., about 80 miles northwest of Spokane.

She sensed that danger was afoot while she and her brother were out walking -- and suddenly saw the cougar about three yards away from her brother, she told the Tri-City Herald of Kennewick, Wash.

“I just remember getting chills, turning around, and seeing only its big brown head blending with the trees and bushes,” Amaya said, “then telling my brother to run to me.”

“I just remember getting chills, turning around, and seeing only its big brown head blending with the trees and bushes -- then telling my brother to run to me.”

After realizing his sister was not joking around, Cole ran toward her, he told Spokane's KHQ-TV. That’s when Amaya fired the arrow toward the cougar.

“My adrenaline was pumping, and in that situation, it was probably record time,” she told the Herald.

The cougar ran off into the woods. Amaya told her father what happened, and he grabbed an AR-15 rifle and went to find the animal with the help of the family’s dog, the Herald reported. He then finished off the animal, she said.

Her father subsequently took the cougar to a taxidermist, she said.