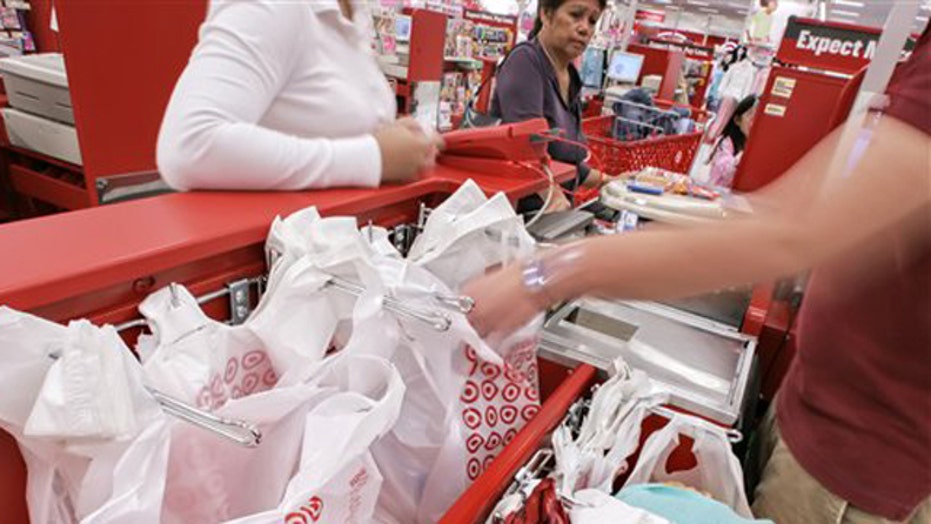 MINNEAPOLIS – Target says that about 40 million credit and debit card accounts may have been affected by a data breach that occurred just as the holiday shopping season shifted into high gear.

The chain said that accounts of customers who made purchases by swiping their cards at terminals in its U.S. stores between Nov. 27 and Dec. 15 may have been exposed. The stolen data includes customer names, credit and debit card numbers, card expiration dates and the three-digit security codes located on the backs of cards. The data breach did not affect online purchases.

The Minneapolis company said it immediately told authorities and financial institutions once it became aware of the breach and that it is teaming with a third-party forensics firm to investigate the matter and prevent future breaches. It said it is putting all "appropriate resources" toward the issue.

Target Corp. advised customers to check their statements carefully. Those who suspect there has been unauthorized activity on their cards should report it to their credit card companies and call Target at 866-852-8680. Cases of identity theft can also be reported to law enforcement or the Federal Trade Commission.

Target didn't say exactly how the data breach occurred, but said it had since fixed the problem and that credit card holders can continue shopping at its stores.  When asked whether there's a certain time when shoppers know  their accounts will no longer be vulnerable, a Target spokeswoman said," We encourage everyone to be vigilant."

But news of the breach comes at the height of the critical holiday shopping season and threatens to scare away shoppers worried about the safety of their personal data. The November and December period accounts for 20 percent, on average, of total retail industry sales.

For Target, the security breach is a particular black eye because it has used its red credit and debit cards as a powerful marketing tool to lure shoppers at a time when the discounter has had an uneven sale performance since the recession.

Since 2010, Target has offered shoppers who use its cards 5 percent off on purchases and has rolled out other incentives like free shipping for online customers. The company said during its earnings call in November that as of October the percentage of customers who have the Target branded cards topped 20 percent. This holiday season, Target added other incentives to use its cards. Two days before Thanksgiving, Target.com ran a special review sale with 25 exclusive offers, from electronics to housewares  for those who used the branded card.

As a result of these incentives, Target says its continues to see that households who activate a Target-branded card have increased their spending at the store by about 50 percent on average.

"This is how Target is getting more customers in the stores," said Brian Sozzi, CEO and Chief Equities Strategist. "It's telling people to use the card. It's been a big win. If they lose that trust, that person goes to Wal-Mart."

Target is just the latest retailer to be hit with a data breach problem. TJX Cos., which runs stores such as T.J. Maxx and Marshall's, had a breach that began in July 2005 that exposed at least 45.7 million credit and debit cards to possible fraud. The breach wasn't detected until December 2006. In June 2009 TJX agreed to pay $9.75 million in a settlement with multiple states related to the massive data theft but stressed at the time that it firmly believed it did not violate any consumer protection or data security laws.

An even larger hack hit Sony in 2011. It had to rebuild trust among PlayStation Network gamers after hackers compromised personal information including credit card data on more than 100 million user accounts. Sony was criticized for slowness in alerting users to the breach.

"Target's first priority is preserving the trust of our guests and we have moved swiftly to address this issue, so guests can shop with confidence. We regret any inconvenience this may cause," Chairman, President and CEO Gregg Steinhafel said in a statement Thursday.