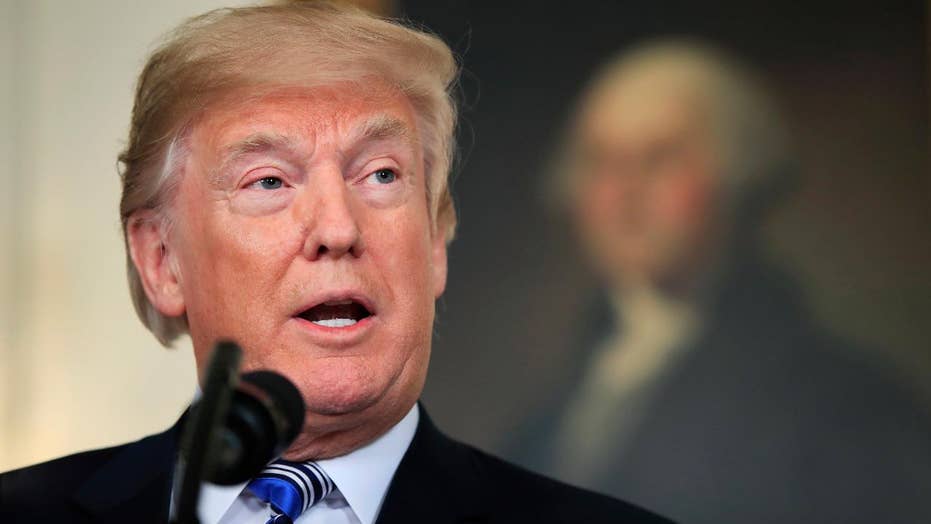 President Donald Trump’s remarks after signing a massive $1.3 trillion, 2,232-page spending bill this week made clear he was not happy about doing it.

"It's not right and it's very bad for our country," he told a gathering of reporters.

But the alternative – which some White House aides reportedly said would have included shouldering much of the blame for another government shutdown – didn’t appeal to the president either.

“F--- that,” Trump reportedly said when faced with the option, sources told the Wall Street Journal.

Nevertheless, McMaster was ousted Thursday and replaced with John Bolton.

The president's profane candor could signal what some observers say is Trump's increasing confidence on the job and growing trust in his instincts after 14 months in the Oval Office.

That could explain the recent personnel changes at the White House -- and reports that Trump may have an even more dramatic shake-up in mind.

The president has floated to outside advisers a plan to do away with the traditional West Wing power structure, including the formal chief of staff role, to create the more free-wheeling atmosphere he relished while running his business and later his presidential campaign at Trump Tower.