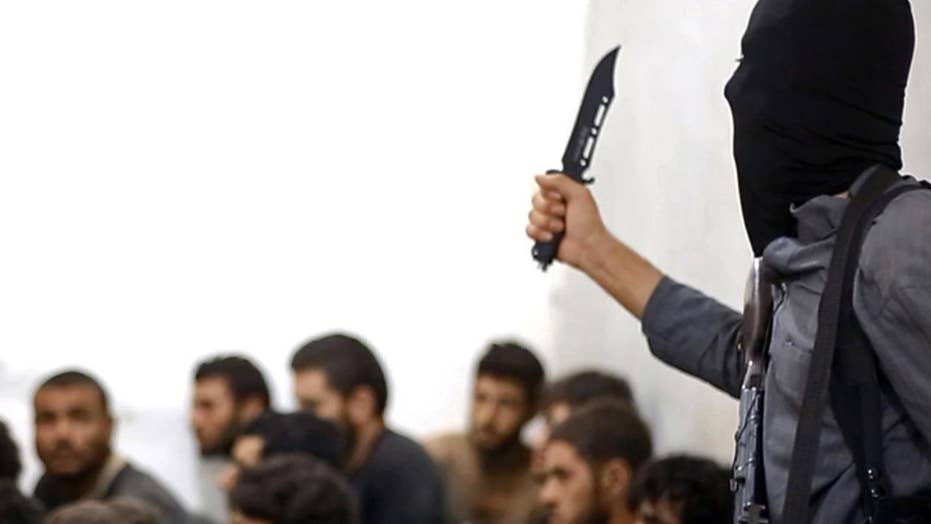 Terror group circulating names of American citizens who should be assassinated; 'The O'Reilly Factor' investigates

ALEXANDRIA, Va. – A Syrian national extradited to the U.S. made an initial court appearance Tuesday on charges he helped hack and extort American targets perceived to be enemies of Syrian President Bashar al-Assad.

Peter Romar, 36, was extradited from Germany, where he had been living in Waltershausen. A magistrate ordered him held pending a detention hearing Thursday.

He is accused of violating Syrian sanctions, conspiring to hack computers and extort money, and other charges.

Prosecutors say he joined other hackers from the pro-Assad Syrian Electronic Army who harassed and sought to extort victims including Harvard University and Human Rights Watch.

A public defender who had just been appointed to represent Romar after Tuesday's hearing declined comment.

Romar, dressed in a T-shirt and jeans, said little during Tuesday's hearing. But he asked through an Arabic interpreter to be allowed to call his wife in Germany, whom he said was in a German hospital dying of cancer. A magistrate responded that he was unsure of the ability to place international calls from jail but suggested he speak to his attorney to see what could be facilitated.

Two other members of the Syrian Electronic Army — Firas Dardar and Ahmad Umar Agha, who used the names "the Shadow" and "the Pro," respectively — also face federal charges and remain at large.

In April 2013, they allegedly sent a tweet from The Associated Press account on Twitter falsely claiming a bomb had exploded at the White House and injured the president. The message caused the stock market to dip significantly before the tweet was quickly determined to be a hoax.

The affidavit states that Romar wanted to join the Syrian Electronic Army and reached out to Agha, who put Romar in touch with Dardar. Romar was particularly useful in the conspiracy because his German address made it easier to collect money extorted from various hacking victims, according to the affidavit.