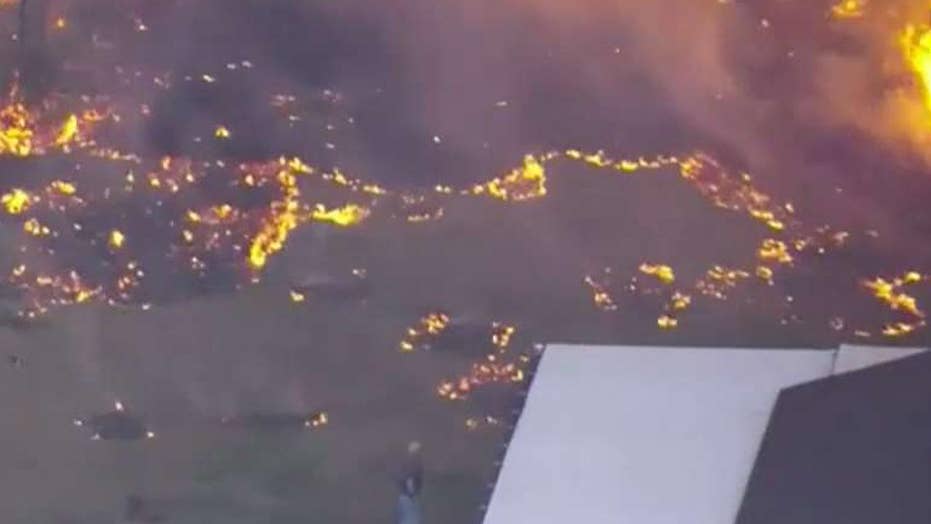 A mandatory evacuation of a Polk County community in Florida remained in place Saturday morning following a suspicious brush fire.

Officials said the fire burned at least 600 acres on Friday, and there's fear it could spark back up on Saturday. Extremely dry conditions fueled the fire, which is now being considered suspicious. As of 10 a.m. Saturday, the fire was said to be 60 percent contained.

All residents of Indian Lake Estates, which is southeast of Lakes Wales, are under a mandatory evacuation. The Red Cross set up a shelter at the First Presbyterian Church of Lake Wales on E. Central Ave. for those displaced by the fires. The evacuation order will stay in effect until at least noon Saturday.

There are about 800 homes and 8,000 lots in the evacuation area. Sheriff Grady Judd said some people had refused to leave their homes, in spite of the evacuation order, but said he had a chance to view the fires from the air and urged anyone still able to evacuate to do so.

Roadways were being monitored for visibility due to smoke, as well as fire dangers. There are no road closures as of Saturday morning.

Investigators were looking into the possibility of arsonists setting the fires. A $5,000 reward is being offered for information about the cause of the fires.

Sheriff Judd emphasized his office was there only to support local and state fire crews and investigators, and to protect evacuated properties. He asked anyone thinking of coming to see the fire area to stay away.

"The last thing you want to do is arrive in your car and leave in our car," Judd said to anyone wishing to come to the area without reason.

The sheriff thanked local and state firefighters for their efforts to save homes and stop the fire from spreading further.

"They are risking their life tonight to protect the people of this community," Judd said.