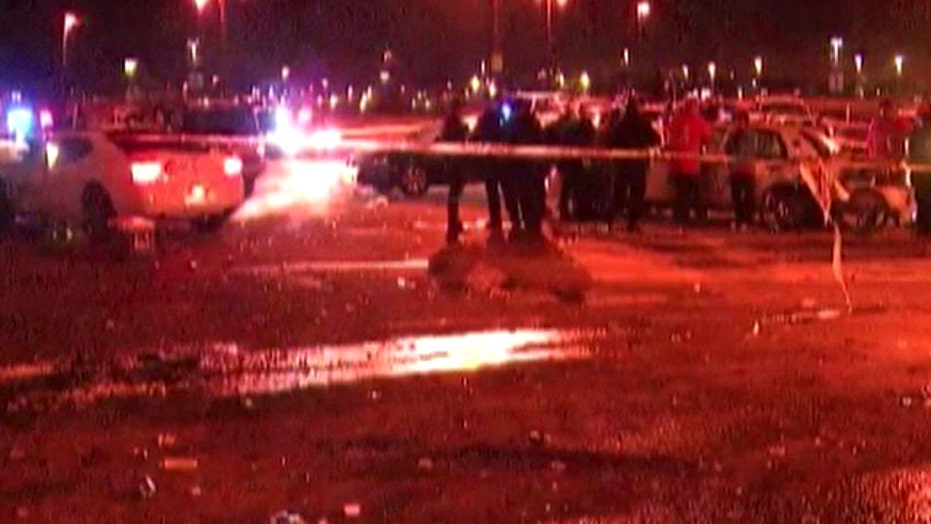 Denver police said three men were in custody in connection to a violent confrontation outside Sports Authority Field after Thursday night's Broncos' game that resulted in at least three people suffering stab wounds, including one listed in critical condition.

Police identified the victims males and said early Friday that the men were still hospitalized, The Denver Post reported. Though police did not specify the extent of their injuries, the victims are all "conscious and talking," Steve Warneke, the Denver police chief, said.

Police say there may be a fourth victim, but he left the scene without receiving medical treatment, KDVR.com reported. Police are not seeking a fourth suspect.

The incident was first reported at 9:55 p.m. Law enforcement described the scene as chaotic and they are working to determine what led to the encounter. The Broncos lost to the San Diego Chargers 27-20, but it was unclear if the suspects attended the game.

The stabbing Thursday is just one of several recent incidents involving football fans.

Earlier this month in Kansas City, Mo., a man died after an altercation in the Arrowhead Stadium parking lot during Kansas City's game against Denver.

In September in San Francisco, a teenage fan suffered a concussion and a broken arm and nose at Candlestick Park after police say he was attacked during the 49ers' game against Indianapolis.