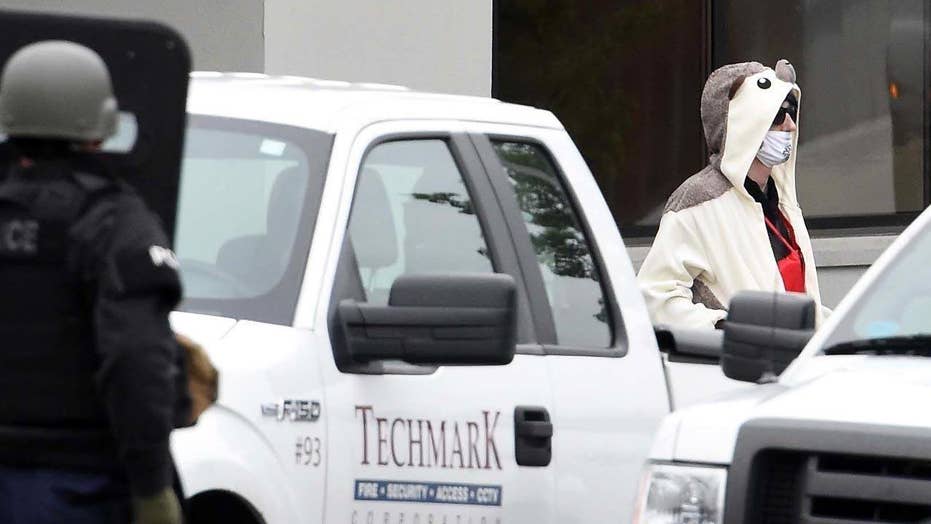 A 25-year-old man who threatened to blow up a Baltimore Fox TV station Thursday and then was shot by police did not have a bomb, but a device that was chocolate bars held together by wires, according to the Baltimore Police Department.

The suspect had refused to cooperate with officers, police spokesman T.J. Smith said. When he walked out of the building, he was wearing a white panda suit, a surgical mask and sunglasses before being shot by three officers.

A bomb robot then scanned him for nearly an hour before police removed his clothing, picked him up and carried him into an armored van. Crews transferred him to an ambulance minutes later.

Smith said he was in serious, but stable condition at a local hospital.

Smith added the suspect was not armed with a bomb, but with candy bars wrapped in plastic. He said the chocolate candy bars were wrapped together with a "motherboard," as well as wires in the suspect's shirt.

Robot trying to get suspect to show his hands. pic.twitter.com/ekDM4i3qGm

He apparently lit a car on fire in the parking lot before entering the building, Fox 45 reports.

"He had a flash drive, said he had information he wanted to get on the air. He compared it to the information found in the Panama Papers. I told him, 'I can't let you in, you're going to have to leave the flash drive here and slide it through the opening.' He wouldn't do that. Apparently he had made some threats before," News Director Mike Tomko said. The Panama Papers, released earlier this month, revealed the tax avoidance habits of several world leaders and their associates.

Investigators did not reveal the name of the suspect. The three officers shot him after he refused to take his hands out of his pockets, Smith said. 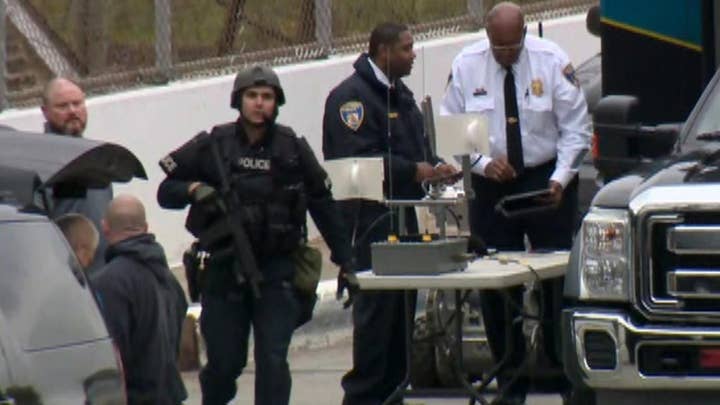 Tomko said another employee had received a bomb threat earlier in the day, but he wasn't sure if the threats were related.

Firefighters rushed to the scene and extinguished the car fire. The flames had emerged from the dark sedan's gas tank.

Fox 45 announced it would air an evening newscast.

The station is located at the base of Baltimore's TV Hill. The area is home to two other TV stations and a radio station.