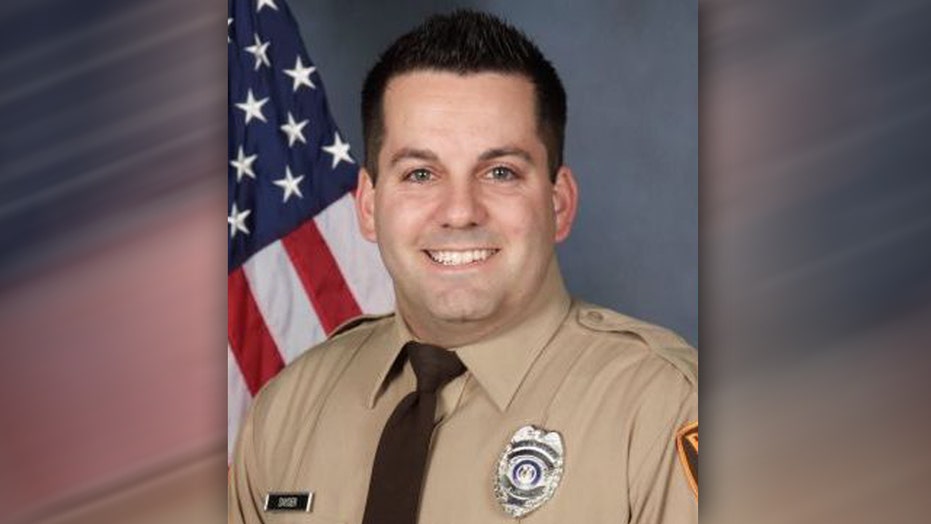 An 18-year-old man was charged Thursday with first-degree murder in connection with the shooting death of a Missouri police officer.

With a heavy heart, we confirm that on today's date one of our officers
died in the line of duty. He was a 4 yr veteran. #stlcountystrong pic.twitter.com/JHAq8mTeTm

Forster was then shot and wounded multiple times by a second officer, and was in stable condition at a local hospital.

McCullough said Forster was already on bond from a pending felony marijuana charge. It was not immediately clear whether the shooting had any connection to that case.

Police were called shortly after 5 a.m. about a disturbance in Green Park, Miss., in south St. Louis County. St. Louis County Chief Jon Belmar said the suspect was banging on the door of a house demanding to be let in. Police spokesman Shawn McGuire said Forster had a relationship with a young woman who was inside the house.

Belmar said Snyder saw the suspect in the car and demanded that he show his hands. McCullough said Snyder was shot once with a 9mm pistol.

Snyder, who was married and the father of a 2-year-old son, was taken to a hospital and pronounced dead a short time later.

Snyder and the other officer were not wearing body cameras and St. Louis County police vehicles do not have dashboard cameras, Belmar said.  Forster, Synder and the unidentified officer who shot Forster are all white.

Belmar and other county officers wore black mourning bands over their badges Thursday. People in the halls of police headquarters in Clayton stopped to console each other. A large flag in a courtyard of the facility was lowered to half-mast.

"It's been a tough day," a somber Belmar said.

"Our police have my steadfast support and I pledge to do everything I can to provide them with all the resources they need to ensure their safety," Stenger said.

It was the first on-duty death involving a St. Louis County officer since Oct. 31, 2000, when Sgt. Richard Weinhold was killed while investigating a disturbance.