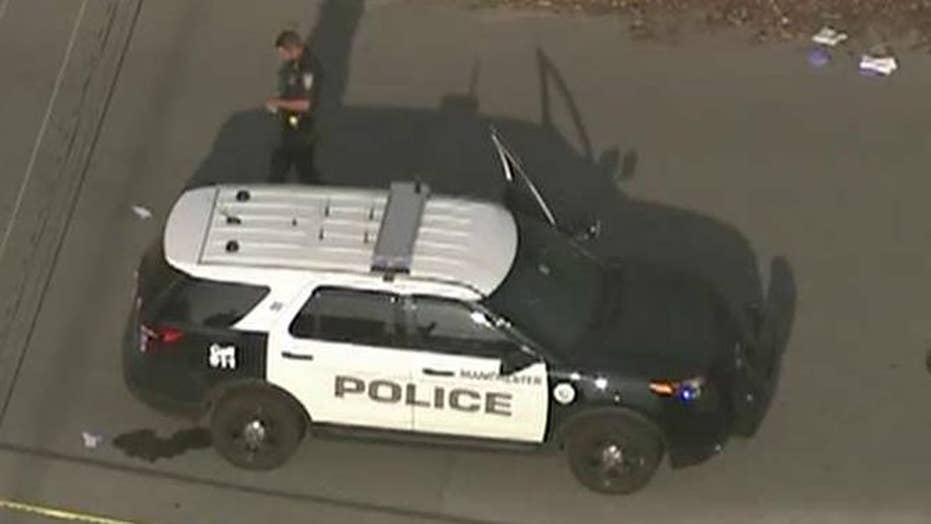 Police in New Hampshire caught the suspect accused of shooting and wounding two officers Friday in Manchester after a manhunt that stretched for hours.

Officer Ryan Hardy, 27, had stopped McPherson early Friday after suspecting he was involved in a gas station robbery a day earlier, Police Chief Nick Willard said. The suspect allegedly fired at the officer, hitting him once in the face and once in the shoulder before escaping.

Hardy was recovering in stable condition at a hospital in Boston near his family. Doctors released O'Connor earlier in the day.

Details of the suspect's capture were unclear. Police said they took him into custody around 5 a.m., but did not lift shelter-in-place orders until later in the morning when they could be sure the public was safe.

Willard said Hardy had an strong will to survive. "He permeates that attitude."

Floyd Johnson lives near one of the shooting sites on Manchester's west side. He said he awoke to the sound of multiple gunshots at about 2:15 a.m. Seconds later, "all the police swarmed in," Johnson said.

He said he told his 13-year-old son to get on the floor. Police also told Johnson to stay put, away from the windows.

Johnson said he's lived on the west side all his life, and he's never seen anything like this before.

New Hampshire Governor Maggie Hassan thanked the officers for their "bravery and service."