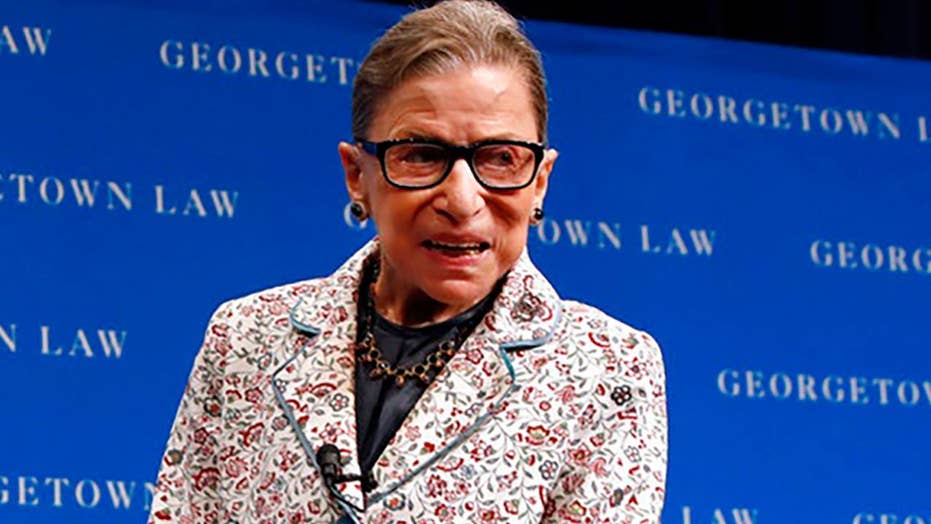 Supreme Court Justice Ruth Bader Ginsburg was hospitalized Thursday after fracturing three ribs on her left side in a fall at her office a day earlier, the court said in a news release.

Ginsburg, 85, initially went home after the accident, which occurred in her Supreme Court office. But she later reported experiencing some discomfort, and was admitted to George Washington University Hospital "for observation and treatment."

Ginsburg has survived a series of health scares. She broke two ribs in a fall in 2012, has had two prior bouts with cancer and had a stent implanted to open a blocked artery in 2014. Despite the issues, Ginsburg has yet to miss a single day of oral arguments during her tenure, The Washington Post reported.

The liberal justice, who studied at Harvard Law School, was nominated to the highest court in the land by former President Bill Clinton in 1993 to replace retiring Justice Byron R. White. Ginsburg was Clinton's first Supreme Court pick. Prior to ascending to the Supreme Court, Ginsburg became the first woman to receive tenure at Columbia University Law School. She is also notably the co-founder of the American Civil Liberties Union's Women's Rights Project.

Ginsburg is the court's oldest member and there's been a great deal of speculation on when she may retire. However, she reportedly hired clerks for the term that extends into 2020, indicating she has no plans to leave soon.

In the past decade, Ginsburg has transformed into something of a liberal icon, earning the nickname "The Notorious RBG" and appearing on late night television shows including the "The Late Show" with Stephen Colbert, where she showed off her workout routine.

The justice married Marty Ginsburg in 1954 and the couple attended Harvard Law School together. The pair met on a blind date when she was 17 years old. Marty died from cancer in 2010, at age 78.