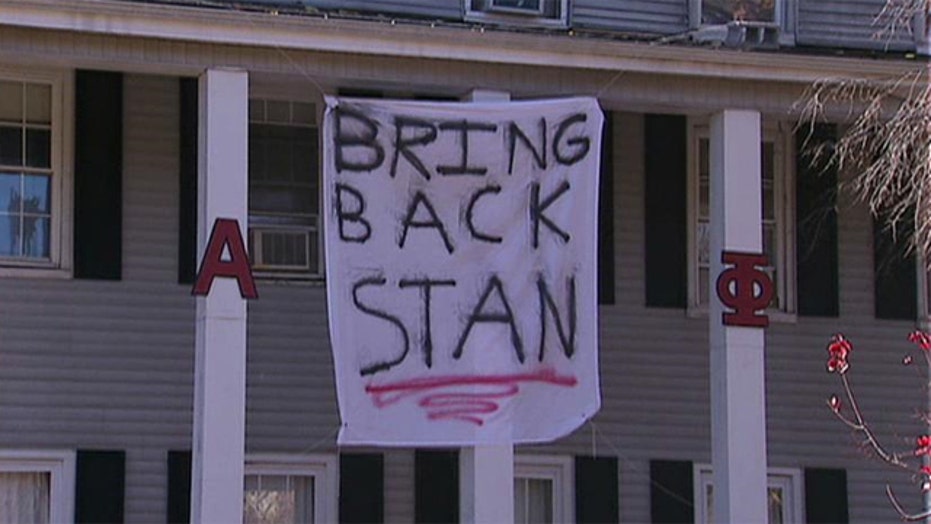 Students at Rutgers University are rallying for the reinstatement of a campus bus driver who says he was pressured to resign after praying for a disabled passenger, but the company says he was ousted over a safety violation.

Stan McNeil, a retired firefighter who aspires to become a Christian pastor, said in a YouTube video that he placed his hand on a woman in a wheelchair and asked God to heal her.

But McNeil said the company told him afterward that “we don’t need your services anymore,” according to the Newark Star-Ledger.

“They said we don’t do that here," he added, noting that the company that he worked for, First Transit, has warned him in the past for similar prayers. McNeil also said officials told him that a video recorded on the bus of the prayer showed that he did not use the proper number of straps to secure the disabled student.

First Transit said the company respects McNeil’s religious beliefs, but said he chose to resign for a safety violation, which they did not elaborate on, the Newark Star-Ledger reports.

"This case is about safety, which is a core value of First Transit,” spokeswoman Stephenie Creech said in a statement. "Unfortunately, a full internal review revealed that Mr. McNeil had failed to follow a critical safety protocol that was cause for immediate termination. When advised of his violation, Mr. McNeil chose to resign."

Students have since rallied for McNeil’s cause on social media sites, including posting videos of his sermons on YouTube and Facebook. A petition on Change.org calling for McNeil’s job back has garnered nearly 6,000 signatures as of Wednesday morning.

"You’re one thought away from greatness, people!," McNeil said in one of the speeches while driving the bus. "You got to continue to do well, do good, keep doing good, keep getting knowledge. And at the right time, that knowledge will explode and it will put you into greatness."

McNeil told the Newark Star-Ledger that he has no regrets over the prayers.

“I ain’t going to back down from who I am," he said. "I will not compromise. I am all about God, brother."

"Everybody enjoyed being on his bus," Kelly Brennan, a 20-year-old psychology and sociology major, told the newspaper. "He made us feel good about being in school, good about what we were doing with our lives."