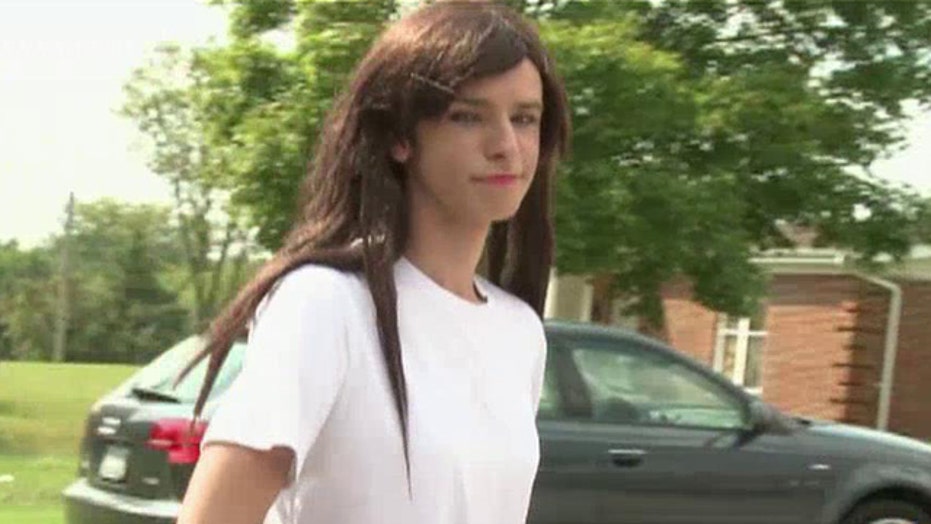 Nearly 200 students walked out of a Missouri high school on Monday because Lila Perry was changing in the girl’s locker room.

While Caitlyn Jenner and other transgender celebrities have been greeted with almost universal acceptance, the road has been far rockier for transgender individuals such as Perry, the 17-year-old senior who is navigating new terrain at Hillsboro High School.

“It wasn’t too long ago white people were saying, ‘I don’t feel comfortable sharing a bathroom with a black person,’ and history repeats itself,” Perry told Fox2.

The nearly two-hour protest featured both those opposed to Perry using ladies’ facilities and those who supported her right to do so.

“I’m not going to hurt their daughters,” said Perry, addressing concerned parents. “I’m not going to expose myself. I’m not a pervert. I’m a transgender woman. I’m a girl. I’m just in there to change, do my business, and that if they have any questions about being transgender, they are more than welcome to talk to me, and I’ll be happy to explain it.”

Perry was stuck in the principal’s office – the school says for her safety – while her classmates debated her rights – and theirs.

Part of the issue is that while Perry identifies as transgender, she still has male genitalia. Perry wears a wig and female clothing, but hasn’t undergone any medical operations to transform her body.

“I find it offensive because Lila has not went through any procedure to become female,” student Sophie Beel told Fox2. “Putting on a dress and putting on a wig is not transgender to me.”

Perry had identified as a gay male until she was 13. But it wasn’t until February that she came out publicly as transgender. She initially used a gender-neutral faculty restroom, but, when Perry added P.E. to her schedule, she decided to begin changing in the girls’ locker room.

“I wasn’t hurting anyone and I didn’t want to feel segregated out,” Perry told KMOV. “I didn’t want to be in the gender-neutral bathroom. I am a girl. I shouldn’t be pushed off to another bathroom.”

But some students have expressed discomfort at the idea of Perry using the ladies’ room. And many parents have also voiced concerns. A Thursday school board meeting that preceded Monday’s walkout was highly attended, and what bathroom Perry should use was a topic of debate.

“The girls have rights, and they shouldn’t have to share a bathroom with a boy,” Tammy Sorden told St. Louis Today. Sorden, who has a son at Hillsboro High, added that it’s not right to give Perry special treatment “while the girls just have to suck it up.”

School administrators have been supportive of her plight, Perry said, though that support may be due in part to legal concerns. Refusing a student’s right to use the bathroom of the sex with which they identify could mean trouble from the U.S. Department of Education’s Office of Civil Rights.

“The Office of Civil Rights has issued an opinion that says, if you do this, you have engaged in gender discrimination,” said Kelli Hopkins, of the Missouri School Boards’ Association. “At the same time, there is no case law or statute in Missouri that says this is against the law.”