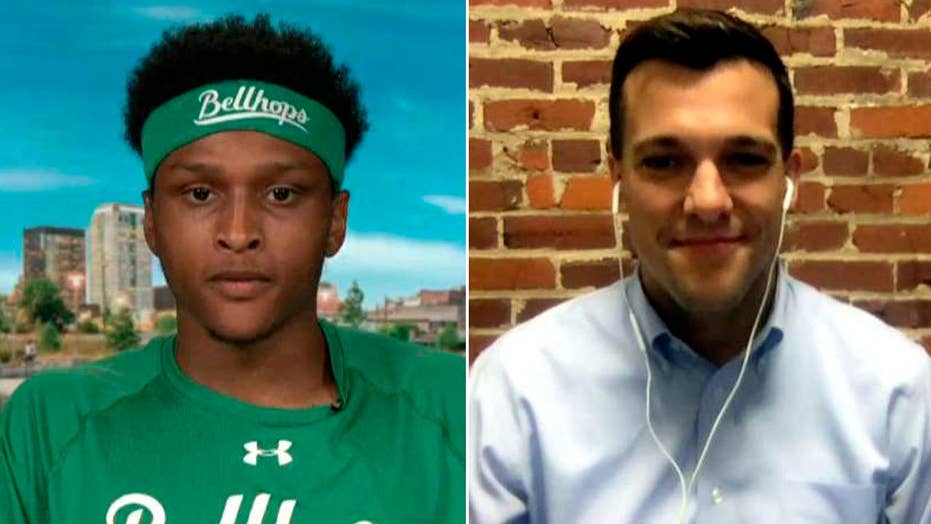 College student Walter Carr surprised with a car from Bellhops CEO Luke Marklin after walking to his first day of work when he couldn't get a ride.

A college student in Alabama who hopes to join the U.S. Marine Corps made a good first impression on his first day at a new job – and it has already paid off in a replacement for his broken-down car.

According to media reports, Walter Carr’s 2003 Nissan Altima conked out just before his first day at the Bellhops moving company.

So, not wanting to show up late on his first day, 20-year-old Carr left his home in Homewood, Ala., around midnight and started walking, alone in the dark, so he could get to the job on time, AL.com reported.

Some police officers spotted him around 4 a.m. in Pelham, Ala., and took him to breakfast before dropping him off at his destination, the news site reported.

Carr’s first-day client, Jenny Lamey, offered to let him rest a bit, but Carr got straight to work instead.

According to Lamey’s Facebook post, she learned that Carr and his mother were Hurricane Katrina refugees who had moved to Alabama after losing their home in Louisiana.

Lamey was impressed by Carr’s work ethic, so she started a GoFundMe page to try and raise money for a new car for the young man. As of early Wednesday, the page had raised more than $32,200 – well beyond its $2,000 goal.

When Bellhops CEO Luke Marklin learned about his new employee, he drove his own 2014 Ford Escape from Tennessee on Monday, so he could let Carr have it.

“I am honestly blown away by him,” Marklin told AL.com. “Everything he did that day is exactly who we are - heart and grit. So far, he's batting 1.000.”