The source of the money is a subject of fevered interest by transparency groups, who have raised concerns that disclosure requirements or individual campaign contribution laws may have been violated. 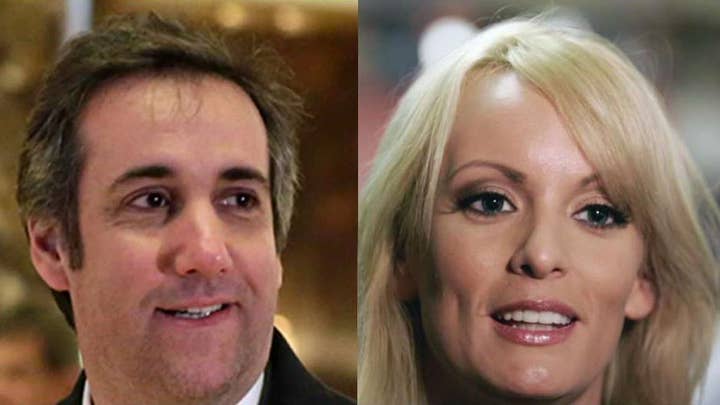 The Wall Street Journal first reported in January that Cohen, a longtime Trump Organization attorney, had arranged the payment before Election Day as part of an agreement that would preclude Daniels -- whose real name is Stephanie Clifford -- from discussing a supposed sexual encounter with President Trump.

"Neither the Trump Organization nor the Trump campaign was a party to the transaction with Ms. Clifford, and neither reimbursed me for the payment, either directly or indirectly."

If true, some liberal-leaning watchdog groups say, that might mean Cohen effectively made an illegally oversized, undisclosed in-kind campaign contribution to the Trump campaign.

Common Cause, one of those groups, filed a complaint with the Federal Election Commission concerning Cohen's payment.

The organization's litigation and policy vice president has said that even if the money did not come from Cohen's personal funds, an investigation is warranted to figure out who made the payment possible, the New York Times reported.

Cohen, for his part, called the allegations he had violated the law "without merit."

Trump attorney Michael Cohen denied that the Trump campaign was a party to the transaction with Daniels. (Reuters)

“Neither the Trump Organization nor the Trump campaign was a party to the transaction with Ms. Clifford, and neither reimbursed me for the payment, either directly or indirectly,” Cohen said in a statement obtained by Fox News.

Clifford, meanwhile, believes that Cohen has violated the nondisclosure agreement the parties reportedly signed, and now she's looking into selling her story to media outlets, the New York Times reported, citing her manager.