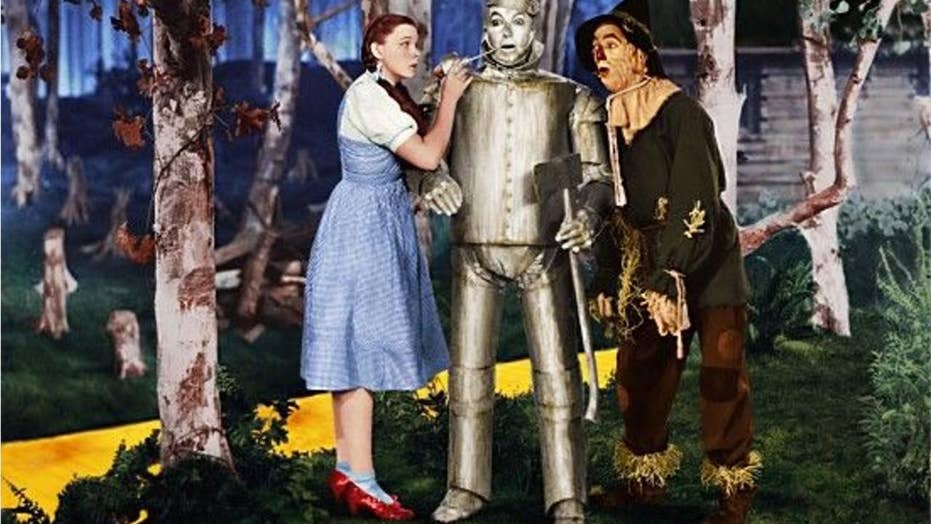 Judy Garland's iconic ruby slippers from 'The Wizard of Oz' were stolen 13 years ago from the Judy Garland Museum but the FBI has stated that the famous shoes have been found.

There may finally be a place like home for an iconic pair of red slippers worn by Judy Garland in "The Wizard of Oz" that were stolen from a Minnesota museum 13 years ago.

Officials announced at a news conference on Tuesday that the slippers, stolen from the Judy Garland Museum in Grand Rapids, Minn. in August 2005, have been recovered after a sting operation conducted in Minneapolis earlier this summer.

"They're more than just a pair of shoes, the slippers," Grand Rapids Minn. Police Chief Scott Johnson told reporters. "They're an enduring symbol about the power of belief."

The ruby slippers were swiped during a heist 13 years ago in which someone broke through a window and broke into the small display case. The shoes were insured for $1 million.

The iconic shoes were one of at least four pairs used in The Wizard of Oz that are still in existence. (FBI/Smithsonian Photo)

Jill Sanborn, special agent in charge of the Minneapolis division of the FBI, said that there was a recent scheme to defraud and extort the Markel Corporation, which insured the slippers. Last summer, officials received a new tip that was "dilligently pursued" and led to the sting operation in July.

“At the heart of nearly every art crime, we see greed woven into the fabric of the scheme—greed to take it, and greed to profit from its return,” Sanborn said. “Dorothy’s slippers are a treasured piece of Americana, and we are hoping members of the public can help us better fill in the details that will finish the script of this mystery so we can hold accountable all those who were behind the scheme.”

Officials added that while the FBI has identified suspects and has executed multiple search warrants in Minnesota and Florida in connection with the investigation, investigators are seeking the public’s help to identify those associated with the initial theft.

The FBI said the shoes were recovered in a sting operation in July. (FBI/Smithsonian Photo)

After the slippers were recovered in July, the FBI transported the footwear to the Smithsonian’s National Museum of American History in Washington, D.C., where conservators were able to examine the shoes, including evidence of wear and details unique to their use in the 1939 film.

Federal officials said that examination of the recovered shoes showed that their construction, materials, and wear are consistent with the pair in the museum’s collection.

U.S. Attorney Christopher Myers called the recovery of the iconic slippers a "great day," but added that investigators are not yet done to find those responsible for the theft.

"This is an ongoing investigation," he said. "We will follow the evidence along the investigative road to ensure justice is done in this case."

Michael Shaw, the slippers' owner who loaned them to the museum, told the Duluth News Tribune in 2005 the theft was "the worst nightmare for me," and that he was "devastated" by the theft.

"The slippers are a major attraction for our museum. It's our hope that the slippers can be recovered immediately," he told the paper in 2005.

The theft of the slippers led to a million-dollar reward offered by a Wizard of Oz fan in Arizona, in addition to an an underwater search by the Itasca County Sheriff's Dive Team in 2015, according to KSTP.

The iconic red ruby slippers get their color from sequins, but the bows of the shoes contain red glass beads. (Getty Images)

Four pairs of ruby slippers worn by Garland in the movie are known to exist. The shoes are made from about a dozen different materials, including wood pulp, silk thread, gelatin, plastic and glass.

Most of the ruby color comes from sequins, but the bows of the shoes contain red glass beads.

After the shoes were stolen, Morgan White, the director of the documentary "The Slippers," told KSTP his "knees literally buckled from under me."

"Whoever took them not only took a physical pair of shoes but they stole a lot of people's memories," White told the television station.