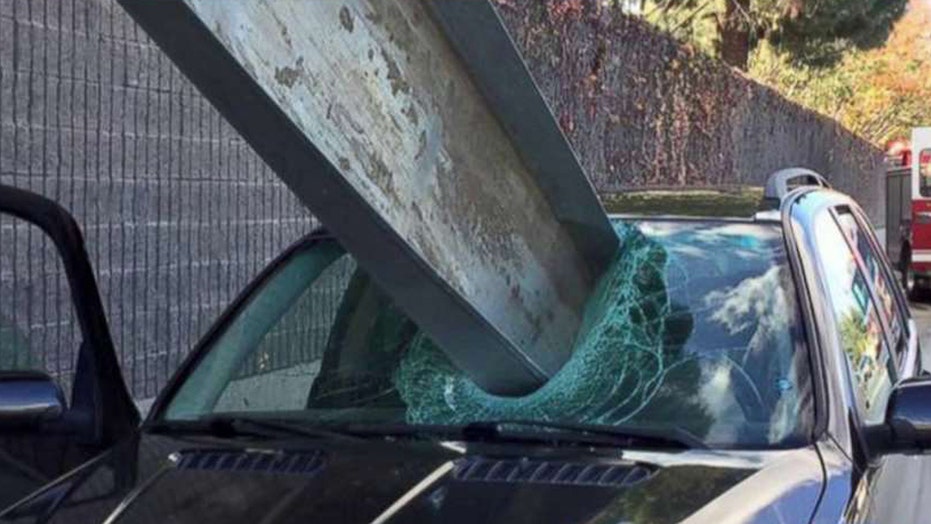 Driver walked away with only one minor scratch

Someone must have luck on his side.

In a scene straight out of “Final Destination,” a steel beam flew off the bed of a truck and smashed through the windshield of the car behind it — missing the driver by mere inches.

The two vehicles were driving southbound on Interstate 280 in San Jose, Calif., when the accident occurred Friday afternoon. San Jose firefighters arrived at the scene, and shared a photo of the wrecked car on their social media pages.

According to the firefighters, the driver of the car walked away with just a scratch.

“Had the person been a little more to the right, it would have impaled him,” Cpt. Christopher Salcido, a San Jose Fire spokesman, told the SF Gate. “It looks like he not so much dodged a bullet, but a large beam of metal.”