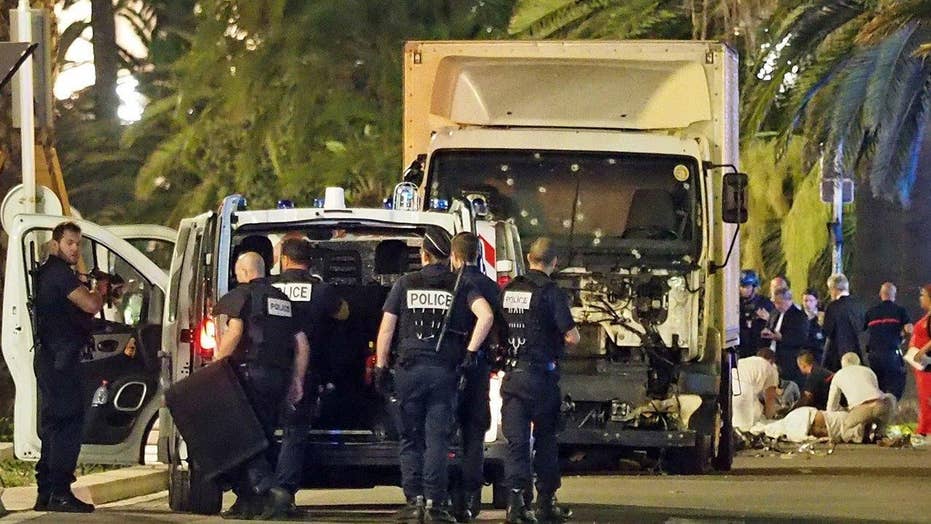 Sometimes, when the violence that occurs in the world seems too much to bear, even very faithful people question how a loving and Almighty God can allow such pain and heartache in the world.

It is a natural question for humans to ponder.

"We can give in to this and cower -- or we can step outside our doors in faith and embrace the world," said a Massachusetts pastor.

The terror attack in Nice, France, last Thursday hit many particularly hard: Young children and other family members who were out trying to enjoy themselves and celebrate their country's liberty were cruelly mowed down by a depraved individual who allegedly had ties to ISIS and radical Islam.

LifeZette reached out to several leaders of faith for their thoughts and insights.

Here is what they shared:

"God often allows evil to happen," said a Catholic priest in the New York City area whose ministry includes parish families and Manhattan-based business leaders. "He respects human freedom. He respects the laws of biology and the laws of nature. And although He actively tries to bring good out of evil, He does allow evil to happen. It is important to remember that our human freedom is meaningless unless we can actually choose good or evil."

He added, "Apathy and indifference are unacceptable. God wants us to be 'in the arena' fighting for the cause of good, fighting to create a culture of life that protects innocent life from womb to tomb, and prevents evil aggressors from infringing on this God-given right. Heaven needs to be stormed with prayers to move God to take some action. Beg God to move the hearts and minds of these brutal terrorists so they can see the truth of their irrational and barbaric actions. Pray that the hearts and minds of government leaders can be inspired to resolve these terrible conflicts under the light of God's wisdom. Pray for peace."

Fr. Sliney concluded, "'E pluribus unum' (from many, one) was first proposed by the U.S. Continental Congress in 1782 for use on the Great Seal of the United States. Today, there are deep-seated racial tensions, sharp political tensions, painful social class tensions, and silent religious tensions that threaten to pull us apart. This is not a time for our country to be divided. This is a time to build bridges and unite under the banner of a loving God -- a God who loves life."

Fr. Benedict Kiely, a Catholic priest who long served in Stowe, Vermont, and who is working on behalf of , shared these words: "St. Paul reminds us that we fight against principalities and powers. It is more important than ever that we name our enemy -- it is not all Islam, but it is most certainly radical Islam -- jihadism. To refuse to name the enemy does not, as the naive apologists believe, combat Islamophobia. It actually empowers them. For Christians in this time of darkness and fear, we must be very clear minded. Terrorism is the new normal. It will not disappear. That does not lead us to despair but strengthens the virtue of fortitude."

Fr. Kiely added, "Our prayers for the victims and for their families call us to greater vigilance and to ask whether the massive secularization of the West has, as Pope Francis said, created a 'spiritual vacuum' -- which leaves talk of European and Western 'values' somewhat empty. Only a return to the faith that founded Europe will save Europe. Only a return to the Judaeo-Christian vision of the Founding Fathers will give us a firm foundation here in the United States."

Fr. Stephen Rock is pastor of St. Agnes Catholic Church in Reading, Massachusetts. His words: "These terrorists are barbaric, and they don't care about anybody. The more death they can cause the better -- if they hurt kids, they don't care."

He added, "That said, people of faith have got to trust in God. That doesn't mean we don't defend ourselves, but individually we need to have faith in just how much God loves us, especially children. One of the sad things about any attack of this nature is that young children are always the most vulnerable. They can't hide or fight back -- they don't have those skills."

He concluded, "I understand fear when war or terrorism seems to be overtaking every corner of the world. But we can give in to this and cower -- or we can step outside our doors in faith and embrace the world."