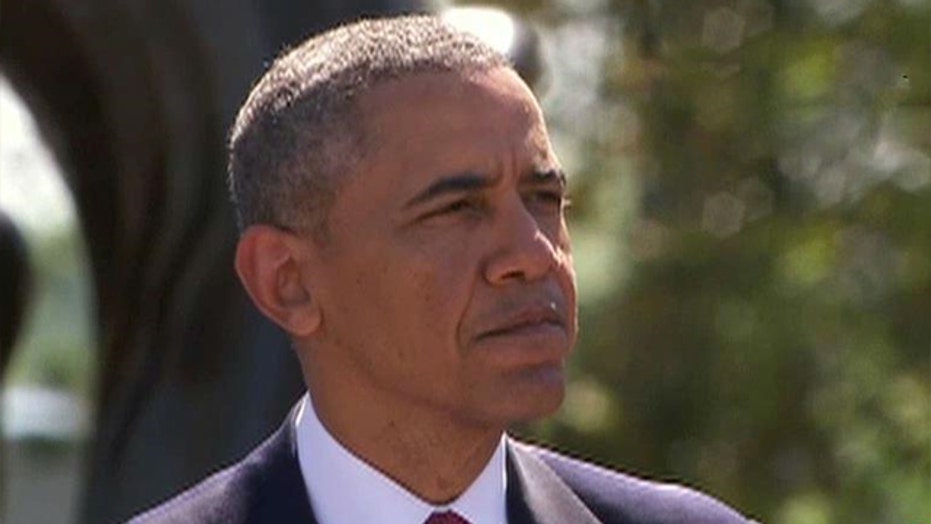 Obama honors those who fought on Normandy beach

NEW YORK – Three helicopters have showered 1 million rose petals on the Statue of Liberty during a ceremony commemorating the 70th anniversary of the D-Day invasion.

The ceremony marked the invasion that led to the liberation of France from Nazi Germany.

A French military frigate, the Lafayette, was moored near the statue, which was a gift from France.

Children unfurled two giant flags at the base of the statue: One American, one French. The band then played both countries' national anthems.

The ceremony also included a 21-gun salute to honor veterans of the war.