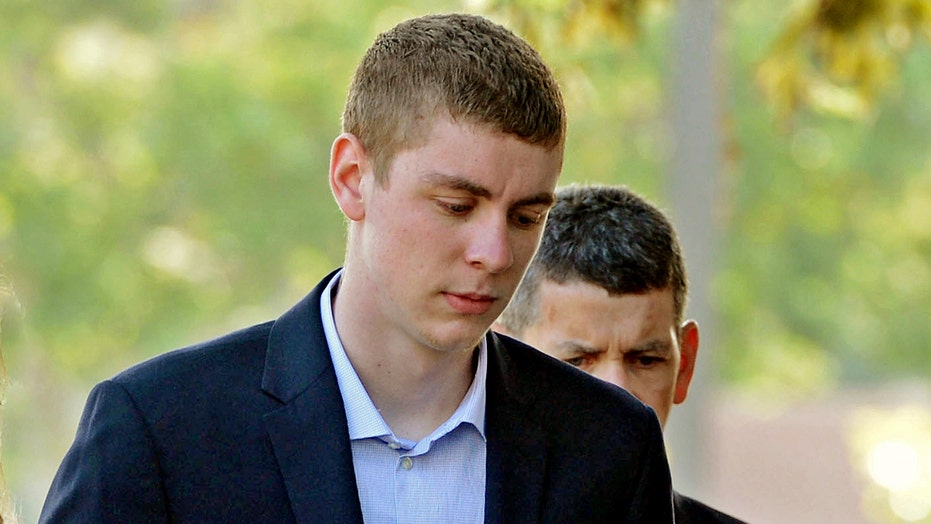 The message the sentencing in the Stanford case sends

SAN FRANCISCO – With outrage brewing over the six-month jail sentence in a rape case, Stanford University is defending its handling of the incident where a member of the school's swimming team was spotted by a garbage bin on top of an unconscious woman.

Two graduate students passing by on bicycles interrupted the attack, chased down a freshman student and held him until campus police arrived. The student, Brock Turner, was arrested and agreed to withdraw from Stanford and never return rather than go through expulsion proceedings.

The school has since found itself defending policies put in place to prevent and respond to sexual assaults, arguing that the case should be cited as evidence of its success, not failure.

"Stanford University did everything within its power to assure that justice was served in this case, including an immediate police investigation and referral to the Santa Clara County District Attorney's Office for a successful prosecution," university officials said in a statement.

A judge who attended Stanford as an undergraduate sentenced the 20-year-old Turner to six months in jail and ordered him to register as a sex offender following his conviction on felony assault and attempted rape charges.

Like other U.S. colleges and universities, Stanford has been under renewed pressure from federal education officials, state lawmakers and students to improve the way sexual assault victims are treated and to ensure perpetrators face serious and consistent consequences.

When Turner began his short-lived career as a swimmer for the prestigious California school in September 2014, orientation sessions for new students featured a video of student-athletes discussing the issue and a talk by the provost on their rights and responsibilities as members of the Cardinal community. Stanford also required new students to complete online training over the summer that covered topics such as acquiring affirmative consent for sex.

Four months later, Stanford police arrested Turner for assaulting the woman he'd encountered while they both were drunk at a fraternity party. Along with banning him from campus for life, the university offered the victim counseling and other support services even though she was not a student.

"What the case highlighted was the importance of our training and prevention efforts, and those are continuing, particularly in terms of bystander intervention — 'If you see something, do something about it' — and this case has been an excellent example for all of our students," campus spokeswoman Lisa Lapin said.

Some Stanford faculty and students remain unimpressed with the university's handling of sexual assaults and its response to the Turner case.

The Association of Students for Sexual Assault Prevention, a Stanford student group that staged protests and a teach-in for parents this school year, started an online petition calling on the school to publicly apologize to the victim, devote more money to prevention and survivor counseling programs, and to undertake a survey of how prevalent sexual assaults are among campus fraternities.

Stephanie Pham, who co-founded the group and just completed her second year at Stanford, called the university's statement about its role in seeking justice for the victim "cold" and said it "lacked sympathy for the survivor in any way."

"Sure, there were bystanders that stopped the rape from proceeding and sure, they took whatever required steps afterward," Pham said. "However, Stanford utilized its statement to defend its brand and defend its image."

Lapin said Stanford welcomes the student efforts to educate their classmates, but said the online petition unfairly suggests the university shares blame for the length of Turner's sentence.

"There is a certain point where the university doesn't have the authority. So we did a thorough investigation, we presented considerable evidence to the county for prosecution and it was a successful prosecution," she said, noting that the vast majority of campus assault cases never get reported to police.

Turner's sentence sparked anger from critics who say Santa Clara County Judge Aaron Persky was too lenient on a privileged athlete from his alma mater.

Backlash in the case continued Tuesday as several venues in New York City announced they had cancelled appearances by Good English, an Indie band from Oakwood, Ohio formed by three sisters, one of whom wrote a letter of support for her childhood friend that was made public.

The prosecutor had argued for a six-year term for crimes that could have sent the 20-year-old to prison for 10 years.

At his sentencing, the 23-year-old victim read a 12-page statement in court, addressed primarily to Turner and taking him to task for not taking responsibility for his actions. She did not criticize the university and thanked the graduate students who tackled Turner and summoned police.

"I don't sleep when I think about the way it could have gone if the two guys had never come. What would have happened to me?," she said. "That's what you'll never have a good answer for, that's what you can't explain even after a year.

The Associated Press does not generally identify victims of sexual abuse or assault.

Stanford acknowledged that more needs to be done but said it is a national leader in implementing prevention programs, student training on intervention and support for victims.

"There is still much work to be done, not just here, but everywhere, to create a culture that does not tolerate sexual violence in any form and a judicial system that deals appropriately with sexual assault cases," its statement said.