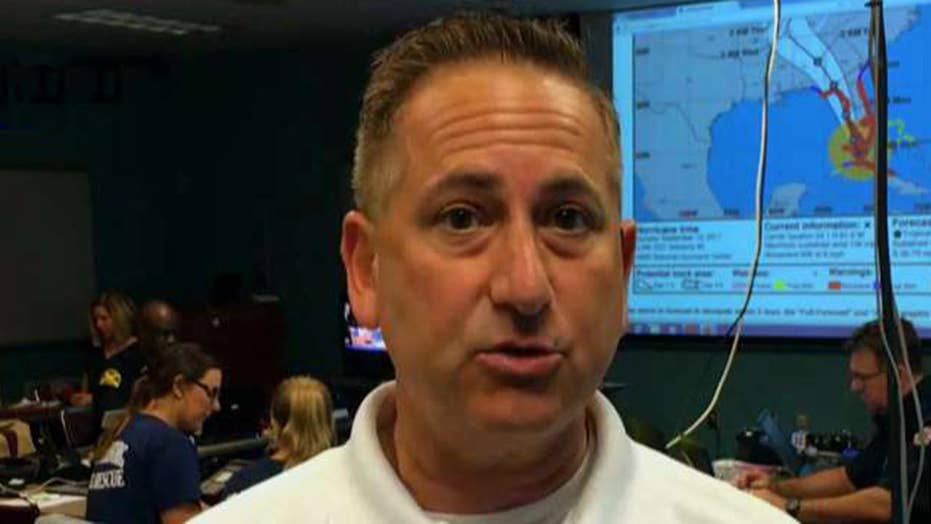 As Hurricane Irma neared Florida early Sunday, some forecasters predicted the city of St. Petersburg might take a direct hit.

That was disturbing news to the residents of the city of 261,000 people, who were previously told that Florida's east coast -- or even neighboring Tampa (population 377,000) -- would take a bigger blow.

"For five days, we were told it was going to be on the east coast, and then 24 hours before it hits, we're now told it's coming up the west coast," said Jeff Beerbohm, a 52-year-old entrepreneur in St. Petersburg. "As usual, the weatherman, I don't know why they're paid."

The course change from Florida's east coast caught many off guard and triggered Pinellas County, home to St. Petersburg, to order people to leave. Motorists heading inland from the Tampa area were allowed to drive on the shoulders.

The storm was likely to hit the Keys on Sunday morning as a Category 4 hurricane, moving up the state's west coast to Sarasota and eventually the Tampa Bay area, the Tampa Bay Times reported.

The biggest problem facing Tampa residents is potential for storm surges. Meteorologist are expecting that water pushed ashore to be around 5 to 9 feet starting around Sunday evening.

Strong winds could also cause tornados to form as the eye of the storm makes its way over Tampa.

On Saturday night an estimated 70,000 Floridians huddled in shelters as Irma closed in on the Keys, where the storm's center was expected to swirl over land Sunday morning.

The course change from Florida's east coast caught many off guard and triggered a major round of evacuations.