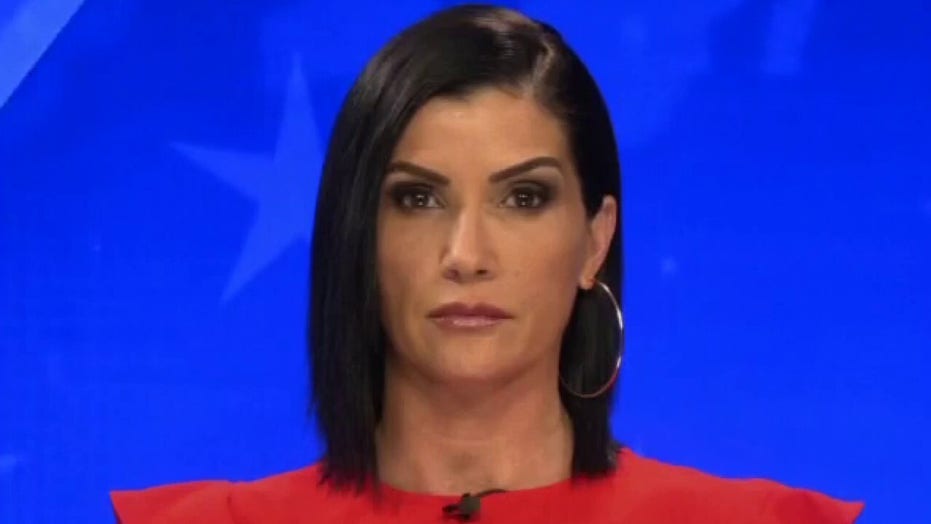 When you damage private property and trespass, you cease to be engaged in peaceful protest, says nationally syndicated radio host Dana Loesch.

The St. Louis couple caught on video brandishing guns in the front yard of their home while protesters passed through their private neighborhood are being investigated by local law enforcement.

Mark and Patricia McCloskey, the homeowners seen in the now-viral video, are being investigated by the St. Louis Police Department and the city's circuit attorney, Kimberly Garder, in the wake of Sunday night's confrontation, Gardner announced in a statement late Monday. 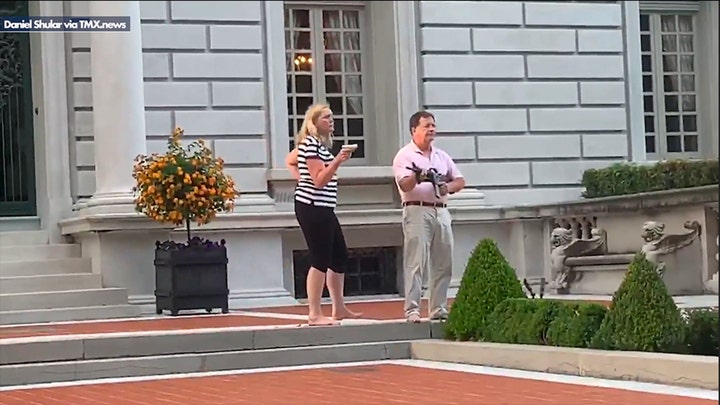 However, the McCloskeys' attorney, Albert Watkins, saw the couple's clash with protesters differently.

Under Missouri's Castle Doctrine, "a person has the right, has the absolute unmitigated right to protect his or her castle or family while on their property," Watkins said. "And in this particular fact situation, you have individuals who are acting on private property, trespassing as lawbreakers onto private property, damaging and destroying private property and acting in a threatening and hostile fashion, such as to give rise to what any human being would consider to be placing them in a position of abject horror and certainly in a position of feeling in fear of imminent harm."

Watkins insisted his clients did not arm themselves until the protesters entered their private property.

"My clients didn't sit on their front stoop with guns ... No firearms were on them at the time that they, were, as property owners standing in front of their home," he said. "It was not until they basically were in a position of seeing and observing violence, recklessness, lawbreaking, and knowing that the police were not going to be doing anything."

Watkins also slammed Gardner's decision and said if she had read the McCloskeys' police report from the incident "she would have recognized the pure folly of her suggestion that she was going to evaluate the case for criminal charges.

"If Kimberly Gardner wants to press charges against two attorneys who are protecting their home and their family and themselves on their own property, I will tell you that it will be nothing short of the proverbial cluster f---," he said.

Mark McCloskey, 63 said in a Tuesday morning interview that he, his wife and his home were threatened by a fringe group that accompanied protesters marching to the mayor's nearby home.

“There were people wearing body armor. One person pulled out a loaded pistol magazine, he clipped them together and said, ‘You’re next,’” McCloskey told NBC's "Today" Show. “We were threatened with our lives, threatened with the house [being] burned down.”

The footage continues to show McCloskey’s wife, 61-year-old Patricia, at times pointing a handgun at protesters.

The crowd grew “enraged” after he told them to leave his property, said McCloskey. But Daniel Shular, a photojournalist who said he witnessed the encounter, described in an interview how the situation “went to another level” when McCloskey grabbed the gun.

The McCloskeys called the St. Louis Police Department shortly before 7:30 p.m. Sunday, according to an incident summary provided to Fox News by the department. They told arriving officers that they heard a "commotion," then “observed a large group of subjects forcefully break an iron gate marked with ‘No Trespassing’ and ‘Private Street' signs."

But the video shows the protesters walking through the gate, which did not appear to be damaged at the time.

“Once through the gate, the victims advised the group that they were on a private street and trespassing, and told them to leave,” the police summary further states. “The group began yelling obscenities and threats of harm to both victims. When the victims observed multiple subjects who were armed, they then armed themselves and contacted police.”

Based on the couple’s account, police called the incident a case of trespassing and assault by intimidation, according to the incident summary. No other police reports were filed that night, a department spokesperson told Fox News.

Watkins had previously said the protest was largely peaceful and the pair did not bring their guns outside the home until two men in particular, both of whom were white, started menacing them.

The couple, he said, was hesitant to come forward with the full story out of fear that they would "disparage the importance of Black Lives Matter."

Watkins said the McCloskeys have each practiced law for more than 30 years and "their practices have included, on an ongoing basis, representing individuals in pursuit of protection of their civil rights."

On Tuesday, the windows of the historic mansion where their law firm is located were seen boarded up.

At the time of the tense confrontation, the protesters were reportedly marching toward Mayor Lyda Krewson's home to demand her resignation.

Fox News' Lauren Timmermann and The Associated Press contributed to this report.