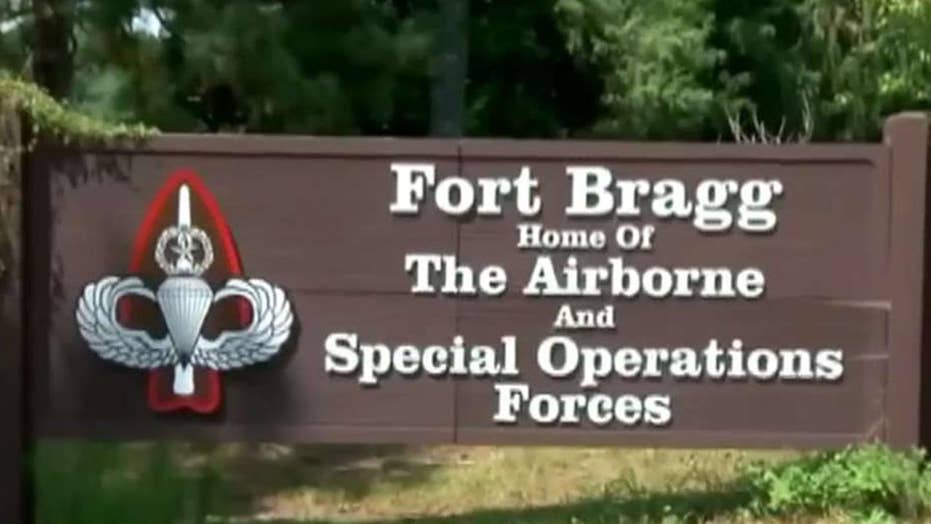 One U.S. Army Special Operations soldier was killed Thursday and seven others were injured during a training exercise involving demolitions at Fort Bragg in North Carolina, officials said.

"Our primary focus right now is to care for his loved ones. We will honor Staff Sgt. Dalida and help his family in their time of need," said Col. Michael Kornburger of the John F. Kennedy Special Warfare Center and School.

All eight soldiers were students at the Kennedy Special Warfare Center and School and were at a range on base when the incident occurred.

Local media reported that the soldiers were injured in an "explosion," but defense officials declined to confirm that.

The wounded were taken to several hospitals, including the Womack Army Medical Center on the base. The extent of their injuries were not immediately clear.

"There was an incident that occurred on one of the ranges," Special Operations Command spokesman Lt. Col. Rob Bockholt said, adding that the command is investigating.

The incident at Fort Bragg comes just a day after a vehicle fire at Camp Pendleton in California left 15 Marines injured — eight of them in the burn unit — following a training exercise accident. Five still remain in critical condition.

Also, a soldier was killed Tuesday night during hoist training for medical helicopter evacuations at Fort Hood in Texas.

So far this year, more U.S. troops have been killed in training than in combat in Afghanistan.

On the Senate floor yesterday, Sen. John McCain, R-Ariz., demanded the passing of the new defense bill which pours billions more into training and getting aircraft flying again, what the military calls “readiness.”

About 57,000 military personnel are attached to Fort Bragg, located next to Fayetteville, North Carolina. It is the largest Army installation by population and one of the largest in the world, covering about 161,000 acres.

The Special Operations Command has about 23,000 soldiers spread over several sites.