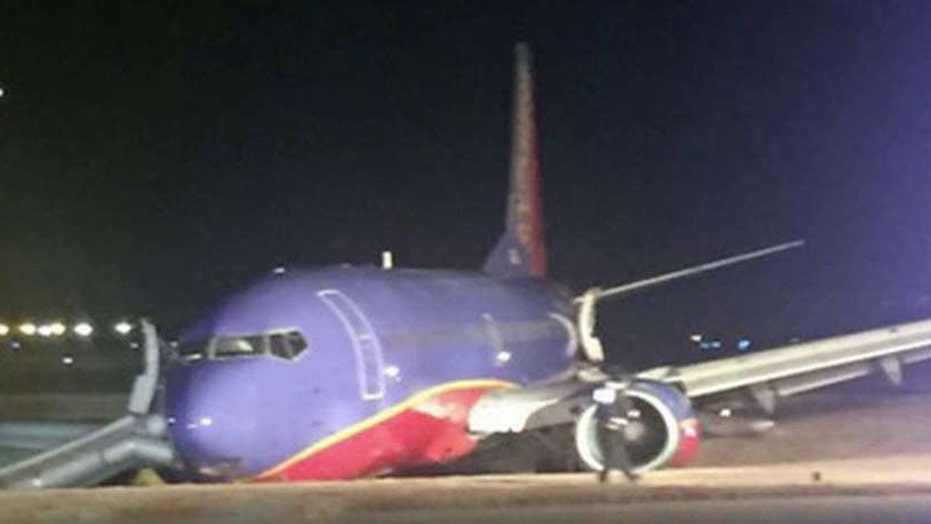 8 hurt after a Southwest jet skids off runway into ditch

The FAA is investigating the cause

At least eight people were reported injured Tuesday night after a Southwest Airlines plane skidded off the runway after landing at Nashville International Airport.

The airline said in a statement that Flight 31 from Houston Hobby Airport "exited the taxiway" as it was approaching the gate shortly after arriving at 5:20 p.m. local time.

"The 133 passengers and five Crewmembers were safely transported into the airport, and we are currently working to support their needs. The safety of our Customers and Employees remains our primary focus," the statement said.

Fire spokesman Brian Haas told The Tennessean that three ambulances were dispatched to the airport and treated at least eight people for injuries. Haas said most of the injuries were minor bumps and bruises.

Witnesses told the paper they heard a loud noise while the Boeing 737 was taxiing and then felt the aircraft tilt before it stopped in a ditch.

“The flight crew was awesome," passenger Joe Caberlee said. “They told everyone to keep down, to keep down. The emergency doors opened in the front and back and we were out of there in minutes.”

The incident is being investigated by the FAA.

Airport officials told The Tennessean all runways were open and operational and there were no delays because of the incident.