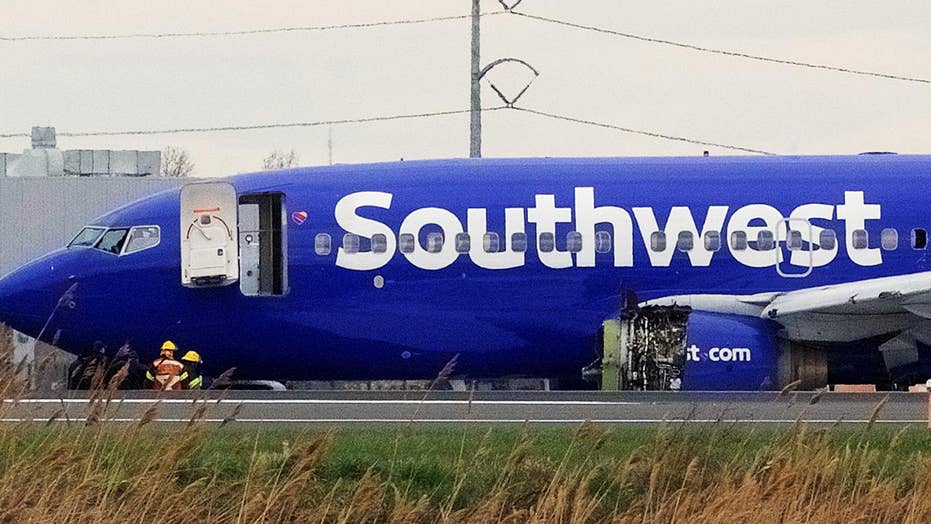 What to know: Airline accidents in recent history

Southwest is not the only airline to have an accident in recent history. A round up of recent airline accidents.

As a passenger started to get sucked out of the shattered window on Southwest Flight 1380, two men nearby quickly jumped in to help.

The Dallas-bound Southwest Airlines flight was 32,500 feet over Pennsylvania after taking off from New York's LaGuardia Airport when the plane's engine blew apart, causing shrapnel to shatter the window and sending Jennifer Riordan, seated nearby, flying out of the aircraft.

"Some heroes wear capes, but mine wears a cowboy hat."

Tim McGinty told FOX4 he tried to pull Riordan back in the plane -- but couldn't do it alone.

“The engine went out and had a lady go out the window, and we couldn’t pull her in,” McGinty said. “A guy helped, we got her pulled in. They tried to resuscitate her."

McGinty's wife, Kristin, told USA Today her husband was helped by firefighter Andrew Needum of Celina, Texas, and the men were finally able to get Riordan back in the plane.

Tim McGinty said he tried to pull Jennifer Riordan back in the plane when she was partially sucked out. (FOX4)

"My husband loves God and believes our purpose here is to love fiercely and to serve others," she told the paper. "Some heroes wear capes, but mine wears a cowboy hat."

Another passenger on the flight, Sheri Sears, said in a Facebook post that Needum helped to perform CPR on Riordan, a New Mexico businesswoman, to try to save her.

"I have never been so scared in my life," Sears wrote. "Thank you all that prayed for us. I had the opportunity to witness what putting others first truly meant! Tim McGinty and Andrew dug deep and pulled Jennifer back in the plane. To watch Peggy the RN and Andrew the fireman perform CPR while experiencing this nightmare, wow!"

But even despite the heroic efforts, Riordan was pronounced dead at a Pennsylvania hospital after Flight 1380 made an emergency landing at Philadelphia International Airport around 11:20 a.m.

The investigation of the engine failure is now focusing on whether wear and tear -- metal fatigue -- caused a fan blade to snap off, triggering the catastrophic chain of events.

When investigators from the National Transportation Safety Board examined the broken engine in Philadelphia just hours after it made an emergency landing, they immediately saw that one of the left engine's 24 fan blades was missing. 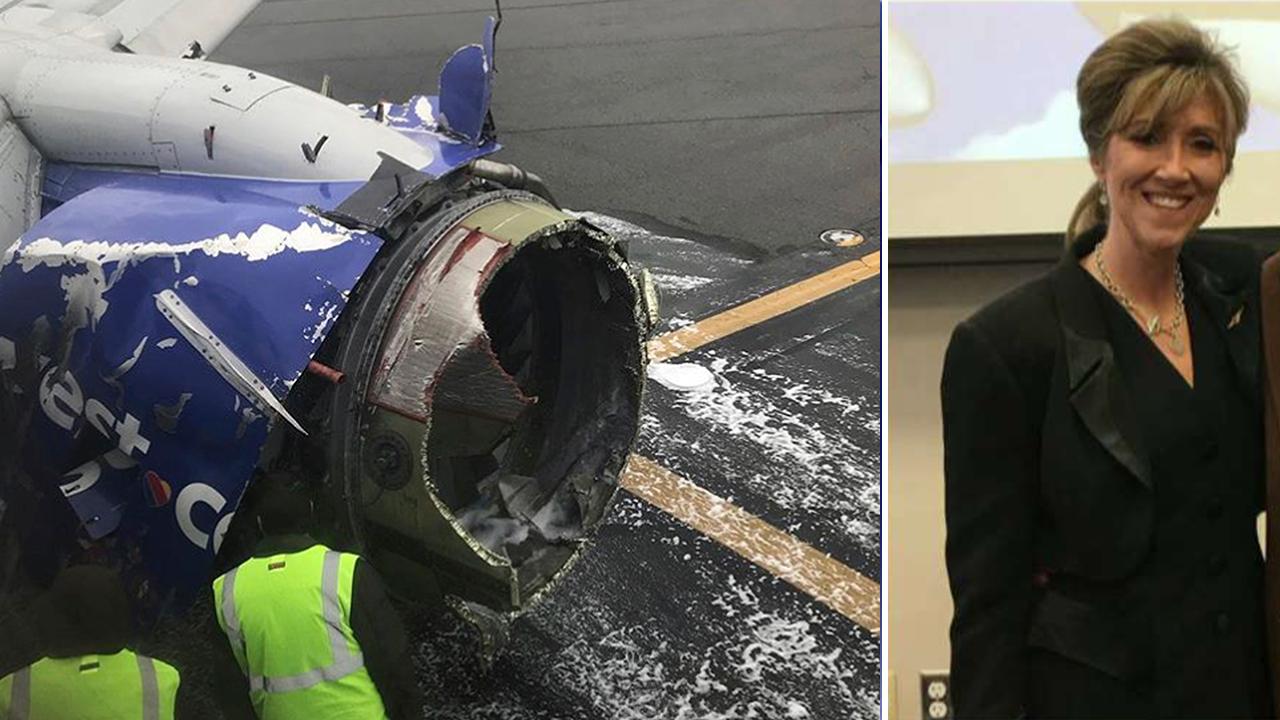 "This fan blade was broken right at the hub, and our preliminary examination of this was there is evidence of metal fatigue where the blade separated," said NTSB chairman Robert Sumwalt.

Metal fatigue is a weakening of metal from repeated use and involves microscopic cracks. It can occur in fan blades, the aluminum skin on most planes, or other metal parts.

Investigators will focus on whether the fan blade broke off at cruising speed — around 500 mph — and started an "uncontained" engine failure that sent debris flying like shrapnel into the plane, where it broke a window.